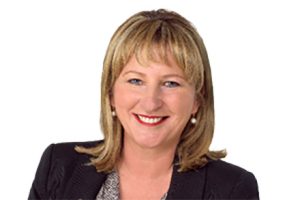 The Victorian Labor Government is boosting safety at a notorious narrow road in Victoria’s south-west with a major upgrade on Dunkeld-Cavendish Road, this is a major link between the Glenelg and Henty highways which sees the transportation of timber. Source: Timberbiz

Acting Minister for Roads, Road Safety and the TAC Jacinta Allan announced that works are set to begin on the $4.5 million project that will repair and widen a 7.5km section of Dunkeld-Cavendish Road near Karabeal.

The major upgrade will ensure the road is safer and equipped to handle rising levels of traffic travelling in either direction. Currently, there are sections of the road where vehicles are unable to pass each other while remaining on the sealed surface.

These vital rebuilding and widening works will ensure these sections have a full lane in each direction, as well as sealed shoulders to further boost safety for the communities and industries that travel this road every day.

Dunkeld-Cavendish Road serves as key link between the Glenelg and Henty Highways for up to 600 vehicles per day, including heavy vehicles transporting timber from local logging operations.

“I’ve heard overwhelmingly from the community that upgrading this road is a priority – that’s why we’re getting on and delivering this significant upgrade this construction season.

“Once complete, Dunkeld-Cavendish Road will provide a much better journey for communities and industries in the south-west,” Member for Western Victoria Gayle Tierney said.

Works will commence on January 20 and will take several months to complete, weather permitting.

The upgrade is part of the Labor Government’s $40 million investment in upgrading narrow roads across the state’s south-west.