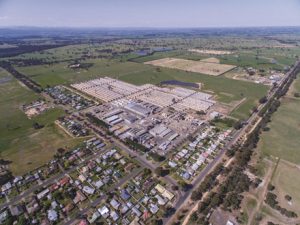 Deputy Premier James Merlino has confirmed that the majority shareholder – Australian Sustainable Hardwood, had made an offer for the government’s 49% share.

“There has been an unsolicited offer by the majority shareholders to purchase, that will be considered by the government, of course,” Mr Merlino said.

“This is a vindication of the decision that the government made three years ago, we made a decision to purchase the mill to save jobs.

“The fact that the majority shareholder has unsolicited, has said to government ‘we want to purchase that minority’ is actually a vote of confidence in that business and in that mill,” he said.

Responding to reports the government was considering an offer to sell its shares in the business, the state Nationals leader Peter Walsh said even the Premier Daniel Andrews didn’t believe his own spin.

“Labor knows its so-called ‘plan’ to transition the native timber industry to plantation timber by 2030 won’t work,” he said.

“Not a single hardwood plantation tree planted today will be available to industry by 2030.

“If Andrews really believed the ban will secure a “long-term and sustainable future” for Victoria’s timber industry, the government wouldn’t be desperate to sell off its share in the mill at a loss,” he said.

“The government owes Victorians an explanation on why it spent $61 million of taxpayers’ money buying into the Heyfield mill only to destroy the native timber industry with its ban.”

At the time the government announced the end of native timber harvesting, ASH managing director Vince Hurley underscored the business would be working hard to ensure saw logs were made available after 2030.

“ASH is continuing to purchase plantation sawlog from HVP and farm forestry, and this will continue beyond 2030.

“Similarly, ASH is continuing to purchase oak and other species, and will beyond 2030,” he said at the time.

The company has just opened two new high-tech manufacturing plants that will broaden the species and size of sawlogs that it can process.