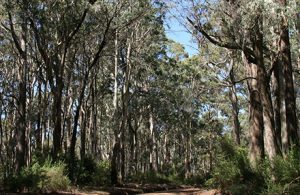 A complaint of unbalanced reporting and biased coverage of the Victorian Regional Forest Agreement made by AFPA has been upheld by the ABC. In early April ABC Radio Melbourne interviewed a member of the Goongera Environment Centre which was highly critical of the recently re-signed Victorian Regional Forest Agreement, and those involved in the industry. Source: Timberbiz

No response was offered from industry or government, and when AFPA repeatedly contacted program makers offering a response and were ignored this complaint was submitted.

ABC Audience and Consumer Affairs has responded and has upheld the complaint, saying its investigation, “concluded that the lack of rigour in the interview with Ms Schuringa, combined with the fact that more was not done to ensure a timely response to her claims, was in breach of the ABC’s requirement for due impartiality”.

The ABC will also publish online that the complaint has been upheld.

The original complaint can be viewed and downloaded here: 200402 AFPA Complaint to the ABC

The ABC response can be viewed and downloaded here: ABC Complaint Response