Timber analysis: Victoria is under siege 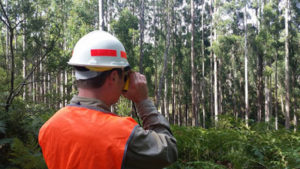 There is now no denying it. The Victorian timber industry is under siege from all fronts. Even VicForests seems to have turned against it. By Bruce Mitchell

This week alone has seen:

And if that isn’t enough to be going on with, VicForests has invoked a force majeure clause in its contract with 10 logging contractors voiding current contracts to harvest timber in East Gippsland.

Much is still not known about this development – if it is short term, long term, or permanent – but it remains an extra thorn

To be fair, it can’t have been easy for VicForests to make that call.

The timber industry in Victoria is now exposed on multiple fronts with the 2030 hardwood decision almost, but not totally, relegated to a secondary issue.

The bottom line is that the fires, and sadly the deaths of so much wildlife in Victoria and New South Wales, have queered the pitch for everyone.

The fires have proved that removing the foresters – their manpower, their knowledge and their equipment – from the field will in the future make fighting fires even more difficult.

They just won’t be there.

They have proved their worth time and time again over the past couple of months and continue to do so.

The amazingly graphic, and yet so simple, CFMEU TV advertisement praising the work of the timber industry volunteers is timely and apt.

The fires have also dramatically exposed that forest management pretty much across the country has been an afterthought, if a thought at all.

It has focussed the need for strategic and controlled thinning and burn-offs, with support from the Prime Minister down.

There are now repeated calls for the implementation of the planned burning recommendations from the 2009 Victorian Bushfires Royal Commission.

Calls for the for incorporation of indigenous fire practices, including the “Return of the Firestick”, is indeed encouraging. We could do worse than utilise some of the techniques aborigines used for thousands of years.

The conservationist lobby, which would have all native forests locked up and left alone, has been very quiet when that is mentioned, and simply point to the loss of native flora and fauna.

Which has made the tragic deaths of the koalas in Western Victoria even more dramatic.

It is worth pointing out that the landowner claims the number of deaths were inflated.

It is also worth pointing out that the landowner has admitted responsibility for what was an unauthorized and potentially illegal land clearing operation, and not a forest harvesting operation.

And it is also worth pointing out that the landowner is not certified to the Australian Standard for sustainable forest management.

Unfortunately, none of that holds up in the popular media when there are pictures of dead and injured koalas, and the clearing of trees is held up to blame.

It’s a harsh analogy, but that one could almost be seen as an own goal.

For the forests industry to survive there is only one way ahead. Pressure.

The Victorian Government must be placed under so much community pressure on the native timber decision that it reverses the call. That will be difficult for so many reasons.
The industry must sell its story nationally of the importance of foresters in the management of the forests and the fauna. Again, difficult in the current climate.

And, above all, the industry must speak with a unified voice.