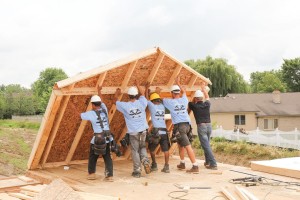 According to HIA Principal Economist, Tim Reardon even a slow-down in building activity has not yet led to an oversupply of tradies in the building industry, particularly in east coast capital cities. Source: Timberbiz

The HIA Trades Report provides a quarterly review of the availability of skilled trades and any price pressures on trades operating in the residential building industry.

“The HIA Trades Availability Index for the June quarter of 2017 shows that there is a small undersupply of skilled trades people in the residential building industry in Australia,” Mr Reardon said. “The shortage of trades is not consistent across the country and the further east you look the greater the shortage.

“The greatest shortage of trades is in those markets that still have high levels of home building, such as Sydney and Melbourne.

“Strong population and economic growth in Sydney and Melbourne are continuing to drive building activity in these areas and draw in trades from other jurisdictions.

“On the other side of the Trades Availability ledger is Western Australia. The slowdown in the residential building activity has been significant and represents a considerable change from the state of play in the construction workforce a couple of years ago.

“As a result, WA (and Regional South Australia) are the only jurisdictions with an abundance of tradies.

“Amongst those trades in shortage, bricklaying has remained the trade with the greatest under-supply.

“There is also evidence that there might be a small oversupply of trades in electrical and plumbing trades, particularly in regional areas.”