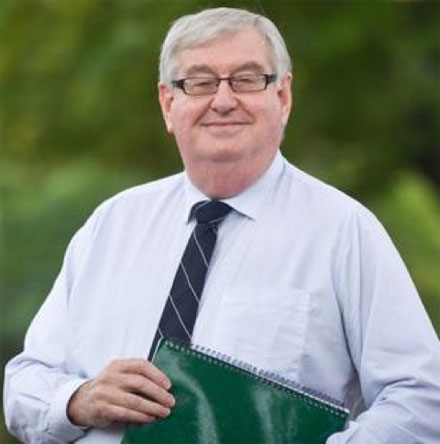 Russia is emerging as a major timber exporter that could potentially swamp markets in Australia and New Zealand, a forestry conference has been told. Dennis Nielson, director of NZ-based consultancy DANA, said Russia as a country was overwhelming in its scale, with a forestry industry to match. Mr Nielson, who has written a 500-page report on Russia for consultants RISI, was speaking to a DANA forestry conference in Brisbane last week. Source: Philip Hopkins for Timberbiz

“Russia has 11 time zones. People in its Far East feel more connection with Australia than with Moscow – and they have said it: ‘China, Japan, Korea, Australia are our interest’,” he said. “Russia until recently has not been able to or had not wanted to export timber to Australia – it had relatively little capacity.”

Existing markets were “just over the road” in Western Europe; “on the other side” in China, Japan and Korea; the Middle East (“Egypt was a massive buyer of Russian lumber”); and in the “Stans” (former Soviet Central Asia).

Mr Neilson said forests in Russia covered about 20% of the global forest area base, with one half (415 million hectares) classified as ‘production forest’. While the numbers were opaque, the allowable annual cut (AAC) was 716 million cubic metres in 2017, with a harvest of 212m m3.

“They are cutting about one third that is growing – who knows? The unharvested annual surplus growth of wood in Russia forests is more than the total harvest volume from United States forests, or 22 times the annual harvest in Australia,” he said.

Mr Neilson said computerisation has done wonders in fighting corruption in countries like Russia and China.

“Local regions cannot get away with cheating as much as they used to. There is a central computer base with information on production, exports, Customs, taxes. All of a sudden in Russia and China, you have to basically tell the truth. If you don’t tell the truth in Russia about these things, you go to jail. They will track your timber in a container right back, to forest ownership and certification,” he said.

In Soviet times, the annual industrial log harvest of softwood was more than 300m m3, but this fell dramatically with collapse of the Soviet Union, and was now just above 200m m3.  In 2017, the top four softwood harvest countries were the US 25%, Russia 14%, Canada 12% and Sweden 6%.

Mr Neilson said a complex log export duty system from 2017 had cut softwood log exports to about 10m m3, with hardwoods a bit less, but also because oligarchs, who control the industry, “make money on building mills”. “But still, 10 million m3 of softwood – that is heaps,” he said.

“The Russian wood is high quality – stiff, old, fine grain, gun-barrel straight, with scale. Some timber is small, but they can cut thin boards and they don’t break – incredible,” he said. Russian rolling stock, in contrast to international perceptions as being rust bucket, was in fact very modern.

“This will kill high cost pulp mills in Australia and in the US and Canada,” he said.

“Russia will be competitive. We will see more volume, and it’s likely to come here. It’s unclear what the impact will be, but it could be destructive,” he said.