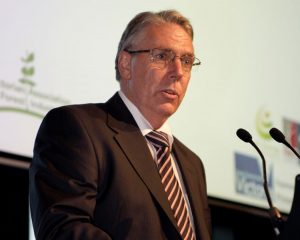 The closure of Victoria’s native timber industry, planned by the Andrews Labor Government, will have a massive impact on local employment and the local economy, according to the leader of the Nationals in Victoria Peter Walsh. Source: Timberbiz

At the end of 2019, the Victorian Government announced the Native Forest Transition Package as part of the Victorian Forestry Plan to support Victoria’s forest industry to transition away from native forestry.

As part of the plan, harvesting native forests in Victoria will cease by 2030.

But Mr Walsh says the plan is going to cost a lot of jobs and strip millions from local economies.

“That was the finding of a report commissioned by East Gippsland and Wellington councils,” he said.

“It showed more than 1100 jobs will be lost and more than $300m in economic output – every year – will disappear from the local economy.

“These are staggering figures – and they don’t include the flow-on effects that will simply destroy communities such as Orbost and Heyfield and impact heavily on many others.”

Mr Walsh said the two councils are “to be commended” for taking some action and getting this valuable research and analysis done.

He said he now looked forward to them challenging the Andrews Labor Government to overturn its decision to end the industry.

“Because that is the policy of the Liberal Nationals in Victoria – to save an industry, to save jobs, to save country towns.”

Mr Walsh also explained the release of this report comes on the back of the Labor Minister admitting there are no hardwood plantations in Victoria for the industry to ‘transition’ to.

“The term ‘transition’ is so misleading, so wrong,” he added.

“The reality is, hardwood takes around 30-60 years to mature depending on species and conditions, so if there was to be a ‘transition’, coupes (the small areas of forest within a compartment that are harvested in a single operation) would need to be at least 20 years old now. They aren’t, and worse still, they don’t exist.

“The demand for hardwood is increasing and in fact even Planet Ark is now telling us to use it as wood is a renewable environmentally friendly resource, but here we are closing it down with no replacement.

“It is a short-sighted, poorly planned decision which will only drive up imports from jurisdictions with far less oversight.

“This is about closing down an entire sector with massive job losses in our community at a time when it needs help and support.

“And when you put it in perspective it just shows how facile the Andrews Labor Government decision is – the native timber industry in Victoria cuts down just four trees in every 10,000 per year,” he said.