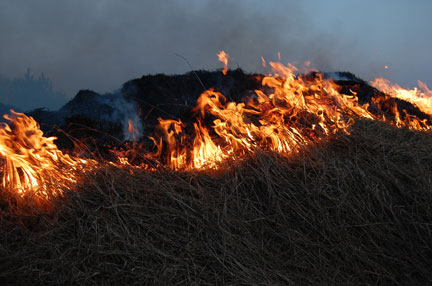 New Zealand foresters are agreeing with the main recommendations coming out of the just released review of the Tasman fires which happened last February, but say there’s nothing in the report that hasn’t been said before and implementation is overdue. Source: Timberbiz

The chair of the joint Farm Forestry and Forest Owners Association fire committee, Sean McBride says the fire report is comprehensive and his associations look forward to helping Fire and Emergency New Zealand with their implementation.

“The report’s main message is that we can expect more such fires.  It is a warning for all rural communities.

“It’s alarming to read in the report that so many people interviewed about the fire think it was a freak one and won’t happen again. That’s not the case. Climate change means the fire threat is increasing, dramatically in some areas,” Mr McBride said.

He says most forest fires start outside the forests and then invade them.

“The Tasman fires started when farmland was being cultivated in Pigeon Valley and then spread into forest. Forest harvesting crews in the area had stopped working because they were following the Forest Fire Risk Management Guidelines, which showed the fire risk was too high to continue working. There needs to be a lesson taken from that.”

He welcomed the report recommendation for guidelines and requirements on heat and spark activities for work outside forests, but says that doesn’t go far enough.

“We want to work with FENZ on some of the technology they are looking at which can provide real-time and precise fire warnings to anyone who is working in or visiting the rural environment.

“The technology of apps and GPS, combined with sophisticated weather information, means a scale of warning activities can be delivered to anyone in the field with a smartphone,” he said.

“ It’s obviously not the whole answer to fire preparedness and avoidance, such as not parking vehicles on long dry grass, but it is an easy way to get information of increasing risk throughout a working day to people who don’t have those monitoring tools themselves.”