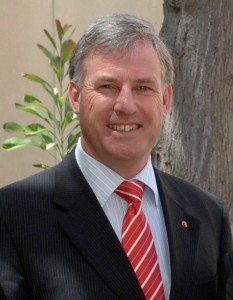 Vulnerable native species would benefit if New South Wales’ national parks were opened up to controlled logging, according to the state’s timber industry. Source: ABC News

Timber NSW says controlled logging should be allowed in the state’s national parks and Crown lands as well as in state forests.

They argued that a unified approach to “tenure” would have better results for vulnerable species, communities and the timber industry.

“The tenure system offers no broad landscape management and accountability. Frequently, forestry departments focus on the profits of timber production, park managers focus on the records of individual species and managers of Crown lands focus on administration,” they wrote.

“Native forests are not static museums that can be locked up forever. Like your own garden or backyard they need careful management to keep them healthy.

“Through preventative measures like ecological thinning and fire mitigation, the timber industry can play an important role in active, adaptive management to tackle common threats across all tenure types.”

In a recent interview Senator Colbeck made calls for a similar “broad landscape” approach to forest management.

“In my mind, what that says to me is you need to manage the entire landscape to ensure that those values that you’re looking to achieve are maintained. You can do that with sustainable forest management principles.”

He said such an approach to forest management was being adopted globally.

“If you go to a lot of the landscape and forestry management conferences around the world right now, it’s about broad landscape management,” Mr Colbeck said.

Ms McCaskill said forestry science professionals appeared to have been forgotten over the last 20 years of national park expansion, saying they had skills and knowledge that should be used.

“The timber industry can provide harvesting and thinning services as it does now, under the controls applied and required by the EPA legislation, to reduce fire risk and improve forest health,” she said.

The proposal for a more consistent approach to forests comes on the back of allegations made last month to Background Briefing that high-grade timber is running out in NSW.

In a statutory declaration, a north coast NSW landholder, Peter Roberts, attested that at a community meeting, a Forest Corporation NSW representative told him privately: “The hardwood forests along the coast have been flogged to death, there’s no decent sawlogs left, the timber’s all gone”.

Nick Roberts, chief executive of Forest Corporation NSW, agreed that many areas previously available to loggers had been turned into national parks, however he disputed the suggestion the forests were “flogged”.

“No, that’s not my assessment,” he said, pointing to the example of lush forest at Bruxner Park that had previously been harvested. Environmental groups have slammed the suggestion that national parks be opened to timber companies.

“To suggest we can manage our way to high biodiversity through activities like logging is extraordinarily arrogant and misguided,” NSW National Parks Association science officer Dr Oisin Sweeney said.

“Protecting large, intact landscapes, controlling invasives and letting nature do the rest is our best approach.”

He disagreed with Senator Colbeck that other countries were moving to a more tenure-neutral approach to forest management.

“Much of the world, including Europe, is moving [away from that] approach as ‘rewilding’ becomes a more and more popular approach to restoring natural values,” he said.

“The decline in biodiversity is a legacy of past mismanagement: we have fragmented all natural habitats, removed millions of trees from west of the divide as land was cleared for agriculture and timber, and logged all our old-growth forests.

“Of course species have declined. Logging national parks is not going to restore key habitat features: time will.”