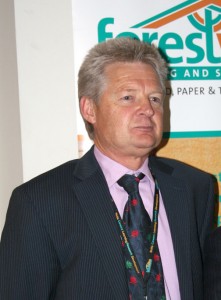 The Government said it wanted to remove the huge variations in forest management currently caused by different council rules, and planned to change how plantation forestry activities are managed under the Resource Management Act.

Marlborough Council is concerned that it will slacken controls around use of land at risk of erosion, and will be making a submission to the Ministry for Primary Industries on this basis.

Plantation forestry is currently managed under councils’ district or regional plans, which govern land use. Each council around the country has a different plan.

At its full council meeting in Blenheim last Thursday, the council agreed to make a submission to the Ministry for Primary Industries on the proposed National Environment proposed National Environment Standard (NES) for plantation forestry. It hoped for greater certainty on evaluative judgments around permitted activities and controls that would allow for the approval of at least erosion and sediment control plans.

Mr Jerram said if the NES went out in its current form, the council would have little ability to change any of the forestry activities in a way that it could try and prevent sedimentation falling into the sea and choking up the Sounds.

A recent report by marine biologist Rob Davidson showed an ‘alarming’ rate of decline in parts of the Sounds’ marine environments, which has confirmed long-held concerns of scientists and the local authority.

Damage is being caused not just by post-harvest forestry run-off into the sea, but by land preparation, dredging, boats anchoring and the effects of flooding.

Head of the council’s planning review committee Trevor Hook said the council, which in the past has been criticised for its lack of understanding of the marine environment, was taking the report seriously.

“From a regional development point of view, we’ll be work-shopping this report and some of the implications to see how that will fit into our planning schedule.

“At this stage, we’re still coming to terms with some of the implications of the report,” Mr Hook said.

The Ministry for Primary Industries has been holding roadshows nationwide on the planned NES.

New Zealand Forest Owners Association chief executive David Rhodes said that the consultation process run by MPI had been “robust” and had given rise to regional issues around the country.

Nelson, like Marlborough, had steep forestry hillsides prone to erosion.

Mr Rhodes believed a proposed national environment standard could lead to tighter controls around where and how trees are planted.

He said councils would be obliged to put better controls in place, which could make forestry unviable in some areas.

MPI acting director of forestry and land management Craig Trotter said four submissions had been received from councils so far but none had highlighted concerns about the reclassification of erosion risks.

Gisborne District Council fears the proposed rules will undermine years of work it has been doing to reduce erosion on the East Coast.

The council’s shared services science manager, Lois Easton, said the rules could deny councils a say in how forests can be harvested.

“What we’re particularly concerned about is that we will be the ambulance at the bottom of the cliff – that when a harvest goes ahead that’s not appropriate, that our communities and our environment will suffer very substantially, and we will be left really with the only tool available to us to look for someone to prosecute,” she said.