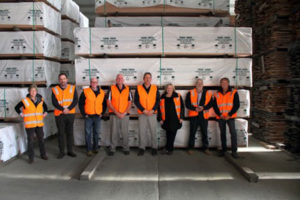 All Victoria’s processors of hardwood timber have formed a new association to fight the Victorian State Government’s decision to shut the native forest industry. The Victorian Hardwood Sawmillers Association maintains the decision will lead to huge job losses and damage or decimate the regional communities that depend on the industry. Source: Timberbiz

“It is the wrong decision and needs to be changed,” said spokesman Leonard Fenning, a hardwood timber veteran whose company is based at Bairnsdale in East Gippsland.

The new association, the VHSA, is separate from the industry’s traditional lead body, the Victorian Association of Forest Industries.

Some of the new group are still members of VAFI, which now mainly represents Australian Paper and softwood plantation growers and processors.

The group’s other two key messages are:

Mr Fenning said the Victorian Labor Government had turned its back on blue-collar workers in regional Victoria and its policy had to be stopped before it was too late.

The VHSA will look to forge alliances with other primary industries that are also being driven out by what it calls the Andrews Government’s anti-industry agenda.

“Daniel Andrews is attacking regional communities that depend on the timber, mining and farming sectors,” Mr Fenning said. “The next generations in our communities are being robbed of their future, we will not stand by and let this happen without a fight. We are drawing a line in the sand and saying, ‘Enough is enough’.”

Mr Fenning said the group hoped that by giving a voice to the thousands of blue-collar workers they represented, the Andrews Government would be held to account for its actions, and others in their communities would join their fight.

“Without our businesses, many of these communities will be gutted. There will be no jobs, and many will be forced to leave the towns they grew up in to find work,” he said.

“Yet Daniel Andrews refuses to visit our communities and look us in the eye to explain why he is shutting us down.”

The Andrews Government announced late last year that the native forest industry would close by 2030. The mills’ existing supply contracts are valid until 2024, but the resource will be progressively cut back after that.

The Victorian native timber industry is highly regulated and sustainably managed, with only 3000 hectares per year harvested and replanted, in an overall estate of nearly 8 million hectares. That is the equivalent of only four trees out of every 10,000 harvested annually every year, the VHSA says.

VicForests, the Government’s native timber agency, regenerates the harvested areas, as it is required to do by law.

Victoria’s native timber sector produces revenue of $770 million and supports more than 2500 jobs, according to a report from Deloitte Access Economics. The industry’s overall economic impact over 10 years in Victoria is more than $5 billion.