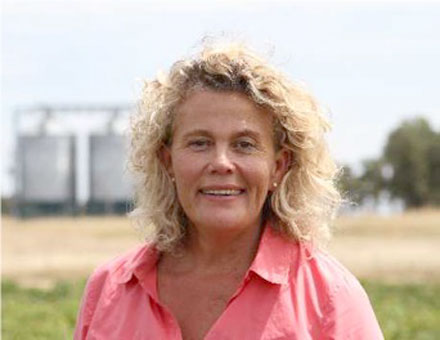 The National Farmers Federation has identified 20 regional centres, including the key forestry precincts of the Green Triangle and the Gippsland Region, as targets for regional renewal. Source: Timberbiz

And the NFF has recommended more than $1.4 billion in new investment to secure their bright future and to provide a blueprint for regional renewal.

NFF President, Fiona Simson said thousands upon thousands of Australians were recognising the endless potential of regional Australia and joining longer-term residents in making their home in regional centres like Shepparton.

However, a government-led strategy to deliver for growing populations and to guarantee the region’s vibrant future remained elusive.

“Our regional centres and surrounding communities should be great places to live with affordable housing, social services, amenity and cultural opportunities – on par with that in urban Australia. There must also be career and business opportunities,” Ms Simson said.

“For example, places like Mount Gambier and Warrnambool, and their adjacent towns and villages, should be globally recognised centres of high-tech agriculture, food processing and manufacturing leading to the creation of thousands of new jobs in the process.”

Victorian Forest Products Association CEO Deb Kerr said that making Victoria’s regional centres appealing to both people and industry would overcome a significant hurdle for attracting both workforce and industry.

“A vibrant centre with facilities comparable to capital cities is essential,” she said.

“The national initiative includes the key forestry precincts of the Latrobe Gippsland Region and Warrnambool, promising wide-reaching benefits for those areas. The benefits outlined in the NFF initiative are essential to making rural and regional Victoria more attractive to a forestry workforce.

“Victoria’s forestry regions are in a unique situation to provide an essential, renewable and high-quality product. Investment in these precincts, from infrastructure to housing and education, helps support us in our mission to strengthen local manufacturing capabilities and create local jobs,” Ms Kerr said.

The proposal puts the onus on National Cabinet to establish a framework, including local government, to develop a plan for 20 Regional Development Precincts.

“Rural local governments are acutely aware of both the challenges their communities face and their potential, but are financially constrained by a more-often-than-not small rate base,” Ms Simson said.

“The tangible support of state and Federal governments, to address these would be a game-changer for the identified 20 towns and, undoubtedly, many more rural regions.”

Ms Simson said at least $1.4 billion in new funding was needed to ensure the plan was empowered to come to life and didn’t become yet another glossy document gathering dust in a high-rise inner-city office.

“The goal is for Australians and Australian business to be no more than 90 minutes from the services they need to thrive personally and financially, and that businesses have access to infrastructure that can get people and goods around the country and around the world,” she said.

“Research by the NFF confirms regional Australians are protective of the charm of their bush homes, but they are increasingly challenged by the skyrocketing cost and lack of availability of housing and access to critical services such as healthcare.

“This proposal addresses these critical concerns and far from wanting to make towns like Mildura and Emerald, another Melbourne or Brisbane, the NFF and our collaborators make the case for real collaboration across all tiers of government to achieve bona fide solutions to housing, education and health,” Ms Simson said.

“The NFF is buoyed to have widespread support for the proposal. Agriculture and regional towns and cities are mutually dependent. Agriculture underpins the economy and social fabric of these communities and vice versa, agriculture needs strong, well-equipped towns to provide housing, healthcare and social services for farmers and their workforce,” she said.

“A real, impactful plan for regional Australia, based on developing the economic capability and availability and quality of critical services, goes to the heart of the NFF’s goal for agriculture to be a $100 billion industry by 2030.”