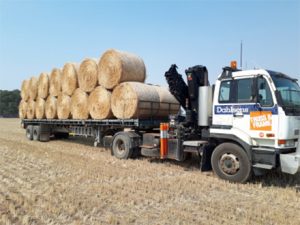 High Country Truss & Frames and Dahlsens have also joined the efforts to help with the bushfire recovery in New South Wales and Victoria respectively. Source: Timberbiz

Owners David and Elizabeth van der Plaat from High Country Truss & Frames have been helping transport feed to the NSW South Coast area. They have transported hay on their trucks, picking hay up from Junee, delivering to Cobargo and Nelligen near Bateman’s Bay to name but a few locations. 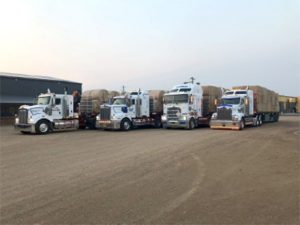 Cooma has become a distribution Centre for fodder on the South Coast so David and Elizabeth had the trucks and thought this would be a great way to contribute to the efforts along with the army who have also set up in Cooma.

The team at Gippsland Dahlsens has felt this devastation hard with so many of its East Gippsland, North Victorian and southern New South Wales team members and customers experiencing the terror of the fires first-hand.

The business and its team members have pooled their resources with councils, recovery organisations, farmers and like-minded truck owners to make any difference they could.

When the fires struck, truckloads of relief donations, gifted by strangers far and wide, started making their way down the line to East Gippsland.

The East Gippsland Council desperately needed a place to hold the volumes of emergency supplies. So, Dahlsens arranged a team to clear out their entire former retail shed at Dalmahoy Street, Bairnsdale to create floor space for water, toiletries, food, pet food, clothing and more.

That shed of emergency supplies has been emptied time and time again.

The company also pulled their delivery trucks out of rotation wherever they could to drop food into impacted communities as the roads have opened. Their trucks have carted hay from western Victoria and southern NSW primarily into Bairnsdale and Corryong to farmers in desperate need.