Greens out to end all forestry in Tasmania says Forest Products 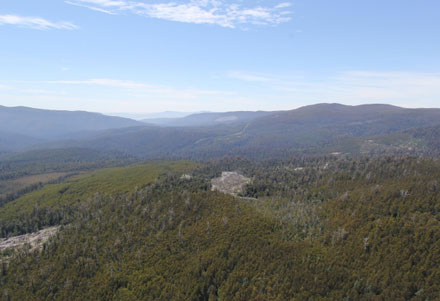 The Tasmanian forest industry’s new peak body has raised concerns that the Bob Brown Foundation’s legal action, if successful, will totally destroy forestry across all tenures (public and private land), including native forests and plantations, in the state. Source: Timberbiz

“What we are seeing is a concerted campaign to end not just native forestry in Tasmania but also plantation forestry that Bob Brown previously stated he supported which will have dramatic consequences for our regional communities,” the Tasmanian Forest Products Association’s CEO, Nick Steel said.

The Bob Brown Foundation has launched a legal action in the Federal Court which it hopes might end native forest logging in Tasmania by establishing that the industry is breaking federal environmental laws.

The action challenges what has been seen as an effective exemption from environment laws granted to state sanctioned logging under regional forest agreements between Canberra and the states.

Mr Steel said the foundation seemed to be downplaying that this legal action will only affect public land.

However, the Tasmanian Regional Forestry Agreement applied across all tenures.

“Plus, the swift parrot can’t tell the difference if a tree is on public or private land,” Mr Steele said.

The Tasmanian RFA, which has been in place for over 20 years, provides a mechanism to achieve a balance of economic, environmental, and social outcomes for Tasmania.

“Alarmingly, the BBF hasn’t even taken into consideration that this legal action threatens the livelihood of the 5700 hardworking Tasmanians and the small businesses that rely on our vibrant and sustainable forest industry or they just don’t care,” Mr Steel said.

“As an industry we are confident that this legal case should confirm that the Tasmanian RFA is an RFA within the meaning of federal legislation and we can keep on doing what we do best, in providing wood and timber products that are sustainable and renewable.”