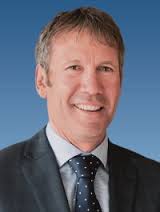 “Council have reinvented the wheel up and down the country. It’s a huge waste of resources. By and large the standards are different across different councils and they are failing in some cases,” he said.

A single standard would save councils time and resources because they did not have to write their own standards, Mr Smith said.

The Marlborough District Council was worried the standard was loosening their control over forestry. But Mr Smith said if the standard was passed, council could add more stringent rules to it.

“I don’t think it’s correct that councils are losing control,” he said.

“Councils are welcome if they believe it doesn’t go far enough to put their own rules for areas that meet their particular needs.”

One of those areas could be the Marlborough Sounds following a report by marine biologist Rob Davidson.

Mr Davidson highlighted that a seafloor area the size of Blenheim had been lost in four years as a result of sedimentation from forestry smothering seabed ecosystems and the effects of trawling and dredging.

Mr Smith said people could “draw their own conclusions” from Davidson’s report if council standards on forestry were stringent enough.

“Not to be too hard on council but it has taken some time to get on top of it,” he said.

He did not point fingers at forestry either.

Forestry was cyclical and when people planted blocks they believed it was a sound environmental practice, Mr Smith said.

“When blocks were harvested years later that’s when issues strike. I am not blaming people for what they have done in the past,” he said.

“It’s a long forestry cycle and there was a lack of information to provide them with guidance. Now, it is clearly time for steps to be taken.”

Mr Smith said the Ministry of Environment was involved in the standard.

“Who took the lead on the work I don’t know,” Mr Smith said.

“It’s not right to say MPI are looking after forestry. That allegation has no basis. That’s rubbish.”

He could not comment why there had been low level consultation in Marlborough and no public meeting on the proposals.

The ministry proposed forestry activities could be permitted without a resource consent, except on land that had a very high erosion risk.

Under the standard, areas of erosion risk around Marlborough had been downgraded from very high to high, allowing more permitted forestry blocks to open up.

The Marlborough District Council said it was not assured that the erosion risk of some of the land in Marlborough could be managed through permitted activity standards.

The council had serious concerns about the effect of harvesting operations and earthworks in some of the high risk areas.

Council said it would be able to add more stringent rules to the standard only if the effect being managed was out of scope of the standard, or if the standard provided the ability to do so.

Council regional planning and development chairman Trevor Hook said the proposed standards did not take into account Marlborough’s regional differences, such as its erosion risk, and the proposal needed further consideration.

Council would be in talks with forestry companies about areas in the proposal they could strengthen through the new Marlborough Resource Management Plan, which was expected at the end of the year.