Friday analysis: rewriting the rules for forestry and events in Covid times 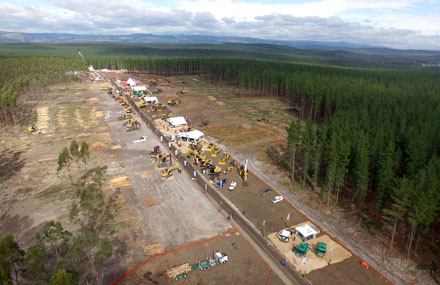 If there is anything to be learnt from the pandemic, the first on the list must be what we got wrong, the second is how we ensure those mistakes don’t happen again, and thirdly, will things ever be the same again.

The first is easy. We got so much wrong, and we are still getting things wrong. In the early days of lockdowns forest product industries, such as the building industry, were not considered essential.

The Australian Forest Products Association had to go to the Federal and State governments to make sure that didn’t happen again.

But it did, in South Australia when sawmills were excluded and then 24 hours later were allowed to operate under lockdown.

And in the ACT just this week the AFPA had to remind the ACT Government of the nationally agreed essential industry status for forest industries or risk undermining access to food on supermarket shelves for Canberrans.

And then there were the dire warnings in April last year that the timber industry in its various forms was justifiably nervous about the impact of the virus.

The virus, the industry believed would be a wrecking ball for the house construction industry, with the impact hitting the timber manufacturing sector. People would not be building houses, the industry thought.

The manufacturers of house frames, roofs, cabinetry, doors, timber floors and decks would all be hit hard.

Well, they kind of got it right. The HomeBuilder scheme has had a negative effect on the timber and building industry because the boom it created cannot be matched by supply.

There are more examples.

As for a return to normal, that is hard to answer. What will be the new “normal”?

Large gatherings – field days, conferences, agricultural shows – will in all probability become something of the past. The list of such events that have been cancelled this year and into next year is long.

It will no doubt get even longer.

So, the new normal will, for some time to come, remain a foreign country for most of us.

Normal transmission will not be restored any time soon.