Friday analysis: It’s time to listen to those who know what they are talking about 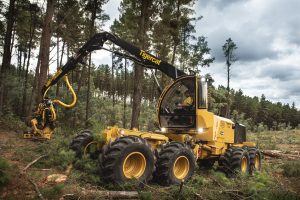 The recent hearings by the New South Wales Upper House inquiry examining the sustainability of the timber industry should have, it is to be hoped, opened the eyes of the committee members.

The message they heard was clear:

Forest contractors are hurting, and they are hurting right now. People are losing their jobs,

Australia has to make a decision on whether it wants to import its timber, or grow it, and,

It’s time for the talking to stop and action to start when it comes to increasing softwood plantations around Tumut and Tumbarumba.

Theresa Lonergan from P & T Lonergan at Tumbarumba was probably the bluntest of all.

The told the hearings that quotas have reduced by 55 per cent in the South West Slopes region and the Australian Forest Contractors Association estimates some 50 workers will be laid off.

She said that with logging machinery at times costing in the millions of dollars and financed over some five to six years, businesses had been caught short.

She noted her operations has been forced to sell off machinery but still had significant debts of some $1.8 million, while it was also facing a bill of some $300,000 in redundancies.

If that wasn’t a wake-up call, the hearings were then told that about a quarter of the timber used in Australia was being imported, equating to about $2 billion of wood products every year.

This was backed up this week with new data revealing that online searches in Australia for ‘cheap timber’ and related terms were up by more than 40% during some periods in 2021, compared with 2019, the last full year before the pandemic.

Then Softwoods Working Group chairman Peter Crowe and the Group’s CEO, Diana Gibbs, told the hearing that the time for the talking to stop and action to start when it comes to increasing softwood plantations around Tumut and Tumbarumba.

And they pointed out that the need to expand the plantation estate had been talked about for decades, with no meaningful progress to date.

They are messages that are hard to ignore, especially with elections in the air. The Federal Election is only months away, and the NSW State Election is set for March next year.

Let’s hope the decision makers were listening to what was said in Tumut.

Sadly, one of the great voices for the nation’s timber industry, Joel FitzGibbon will not be part of the next Parliament. In his farewell speech to Parliament this week Mr Fitzgibbon spoke passionately in support of Australia’s sustainable forest industries, declaring that “nothing is more important than the supply of our timber products”.

These were not just nice words at the end of a long and distinguished career. Joel FitzGibbon meant it.

As Australian Forest Products Association CEO Ross Hampton pointed out, for a politician that has seen so much in his 26 years of Parliament to highlight forestry in his valedictory speech is telling on its importance.

Again, it is hoped the decision makers were listing to what he had to say.