Friday analysis: From possums to paper bags, the more things change the more they stay the same 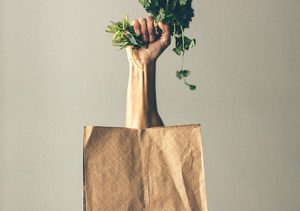 There is no escaping some issues, they resurface over and over but despite very learned reports, researched and written by very learned men and women knee jerk reactions remain – of course I am talking about our Leadbeater’s possum. Clearly cute but clearly not as endangered as we are led to think. Source: Mandy Parry-Jones

With a short week due to the Queen’s Birthday holiday in Australia we had just two issues of Daily Timber News (DTN) this week and due to the response elicited from publishing a short synopsis of the report written by University of Melbourne researchers on why Leadbeater’s possum is more at threat from bushfires than logging (DTN Tuesday 10 June) we have published the longer report as our first opinion piece.

Chief Executive Officer of the Australian Forest Products Association (AFPA) Ross Hampton had said that this important study finally proved that the very modest amount of native timber harvesting in Victoria – about four trees out of every 10,000 – is entirely compatible with sound, sustainable, environmental management. Let’s wait and see if the rush to refute this report comes in from the usual sources.

This leads into the second opinion piece by Philip Hopkins, who is a well-known and respected journalist in the field of forestry (pardon the unintended pun). In his opinion piece he compares Australia with the world in a forestry setting, we are well behind it seems when it comes to making the most of our natural environment.

Mr Hopkins and the five Melbourne University researchers approach the subject of Australia’s forests from acutely different angles but there are many parallels that arise about our undervalued resource.

Mr Hopkins quotes Rob de Fegely who says that if you look at the top 10 most forested countries on a per capita basis, Australia has the third highest forest per person compared with any other developed country in the world, behind Canada and Russia, but somehow we just aren’t working it to our advantage.

This leads us to another story that we ran on Tuesday congratulating Mr de Fegely on his Queen’s Birthday honour – Member of the Order of Australia achieved due to his great service and contribution to the forestry industry. And we congratulate him on his achievement, acknowledging his dedication and support.

In news from over the ditch it seems that Carter Holt Harvey (CHH) is on a very determined cost cutting mission, earlier in the week we had awaited news from CHH confirming if there would be more jobs culled, this time at its New Zealand Marsden Pt LVL plant.

We had not had confirmation by our Wednesday deadline but now we can confirm that 164 jobs will be cut. That is more than two thirds of its workforce.

New Zealand’s E tū union confirmed the cuts and we hope to be able to provide more information in future issues of DTN.

The plant has been operating 24/7 to produce LVL for the domestic and export markets but the company has said that it wants to abandon export sales and focus only on the local market.

Not reported in DTN as details are scarce was the fire at CHH’s sawmill in Caboolture, Queensland which severely damaged the mill and is still being investigated. Thankfully there were no injuries reported though the mill itself was damaged to the tune of around $1 million.

On a lighter note, Woolworths is now offering FSC paper shopping bags to Australian customers. It seems we have come full circle from the days of the 1960s and ‘70s when brown paper bags were the shopping bag du jour. However, we now have to pay for them, when once we didn’t.

Mandy Parry-Jones is a journalist and has been writing for DTN for almost a decade, Bruce Mitchell will be back at his desk next week.