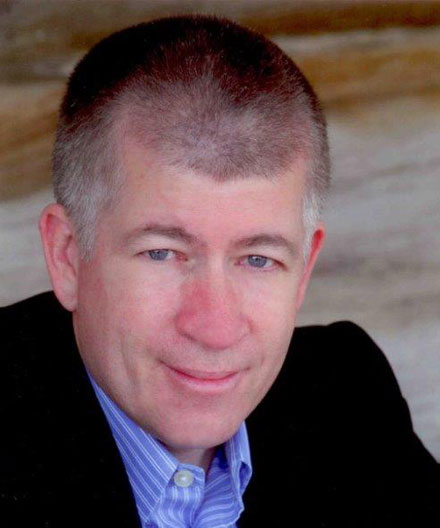 Mr Dunn was addressing the Frame Australia conference this week in Melbourne, which was attended by more than 200 delegates, who included architects, manufacturers, engineers and builders.

Specifically, Mr Dunn said since 2012, 29 projects or 31 buildings had been completed, while 23 projects or 25 buildings were under construction – a total of 52 projects or 56 buildings.

Mr Dunn said the projects were spread all around Australia, with most – 26 – in New South Wales and 18 in Victoria.

The engineered timber was mainly sourced from Austria, but 18 projects got their timber from Australia – 17 from XLam (Australia/New Zealand) and one from Cross Lam Aust.

“The growth has been amazing,” he said.

The keynote speaker, Nick Milestone, associate director – projects at William Hare in the UK, said more than 215 mass timber projects had been completed in Britain across the board in education, residential, commercial, retail, and sport and leisure.

Mr Milestone said universities, such as Essex and Warwick, were the first adopters of CLT in the UK. One project, Sky Central in London, used 14 kilometres of Glulam frames.

“I’ve been blessed in the last 12 years working in timber,” he said, but he was also a big believer in the integration of materials.

“You can’t be a purist. There is a need for a hybrid approach – we embrace it. It can be steel, timber or concrete. Light gauge steel is a friend, not necessarily a foe,” he said. “Use the right material in the right place.”

However, Mr Milestone emphasised the great advantages of timber. Timber was the only material grown for construction that is truly sustainable, and was not only a carbon sink (sun, water, carbon), but also released oxygen.

“It looks and feels much warmer – the wellbeing factor – and it can be adapted as an off-site component and prefabricated in a controlled environment,” he said.

The conference, which is also known as Timber Offsite Construction, also heard about two new mass timber projects: the Adina Hotel in Melbourne, which will be a 10-storey CLT hotel built on top of an existing six-storey concrete building, where the tenants will continue to work during construction; and AECOM’s five-storey student accommodation project at Monash University that will use a passive house rating tool.

Several speakers emphasised the need for early contractor involvement (ECI) in any project.  The design manager at Strongbuild Commercial, Simon Xiberras, said there should be early discussions on what the various parties wanted in  a project.

“Foster a good client relationship based on trust and transparency. Out of that comes innovation. The client trusts us as a guide through the journey,” he said.

From the start, work towards a project price.

“Costs are always important,” he said.

The ECI approach allowed proper planning of the separate delivery times for products and also long lead times, such as sourcing timber from Europe, and generally “de-risked” the project, Mr Xiberras said.

“An independent source of advice may be lost, emphasising the importance of trust and relationships. A client is potentially stuck with one contractor, and a breakdown in a relationship can hinder performance,” he said.

In apartments (super structure only), timber-framed came in 13% cheaper while CLT was 6% cheaper.

However, in the UK Mr Dunn said two recently completed cost plans had different results. Based on a completed building cost, in a six-storey, 294-apartment block, timber came in only 0.1% cheaper.

A two-storey, 32-apartment bloc assessed by Rider Levett Bucknall had a 2.8% cost saving in timber.

“It’s cheaper, but too small to bother with,” said Mr Dunn, adding that Nick Milestone had assured him there were UK projects that proved otherwise.

Timber came out 11% less expensive than both concrete or light steel frame “similar to our findings”.

In Vancouver, a cost comparison by ALTUS Group in 2016 of different-sized condominiums showed that wood frames were one third cheaper.

Al Poettcker, chief executive and president of UBC Properties Trust, had noted: “A six-storey concrete building will typically cost an additional $60 to $70 per square foot when compared to an equivalent suite in a wood-frame building – which can add up very quickly.”

Mr Dunn said that since British Columbia had changed its building code to help timber in 2009, wood frames now had 90% of the apartment market up to four storeys.

From zero, it now had 70% of the five- and six-storey apartment market, out of more than 300 projects to date.

In assessing tall buildings, Mr Dunn said it was necessary to indicate how many storeys were timber and concrete. The building needed to be built or under way, seven or more storeys of timber, must be modern (this century), and timber elements must be mainly used in loadbearing vertical and horizontal elements.

In the completed buildings category, Sweden and the UK were well ahead, followed by Germany and Norway. Including under construction, the UK was first, closely followed by Sweden, but Australia now came in third in the world.

“Given we are new in tall buildings, Australia is doing OK,” he said. “But we have forgotten about the timber frames in the mid-rise market – it’s worth a look,” he said.

Other key issues discussed at the conference included: