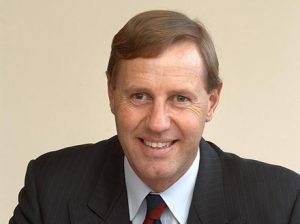 Forest industry icon Rob de Fegely was honoured in the Queen’s Birthday Honours with a Member of the Order of Australia for “Significant service to the forestry industry through business and advisory roles.” Source: Timberbiz

“Mr de Fegely has always been community minded, having started as a forester in the NSW town of Bombala in 1980, developing pine plantations, he also worked as a project manager developing the local Bicentennial Gardens,” Minister Barnett said in a statement.

“Now based in NSW, Mr de Fegely’s career has taken him to every state in Australia and overseas in Asia and North America, working for both government and the private sector.

“Mr de Fegely has been the Chairman of Sustainable Timber Tasmania since June 2016 and was chair of the Australian government’s Forest Industry Advisory Council for many years.”

According the Chief Executive Officer of the Australian Forest Products Association (AFPA) Ross Hampton the honour was well deserved and would be applauded right around Australia.

Mr de Fegely is Chair of Sustainable Timbers Tasmania and Co-Chair of the Federal Minster’s Forest Industry Advisory Council, and is immediate past president of the Australian Institute of Foresters of Australia.

“Rob has been a persuasive and moderate voice of reason in the sometimes less than reasonable forestry debates regarding native forestry, always delivering the facts with calmness and clarity,” Mr Hampton said.