Forest thinning will reduce the risk and severity of bushfires 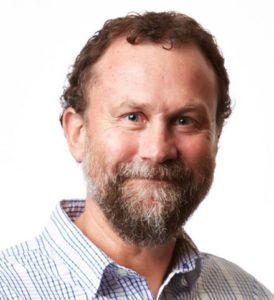 Leading forest and ecosystem scientists from the University of Melbourne have backed the scientific merit of forest thinning to reduce the risk and severity of bushfires in Australia, refuting the strident activist voices demanding Australia make no change to its fuel reduction strategies in the wake of this catastrophic bushfire season. Source: Timberbiz

Writing in “The Conversation”, the University of Melbourne academics led by the university’s Head Forest and Ecosystem Science Professor Rod Keenan say research has shown forest thinning in a vital additional tool we can use to make our communities safer:

“We compared thinned and un-thinned alpine ash forests using computer modelling, simulating severe to extreme weather conditions. And we found modelled fire intensity decreased by 30% and the rate of fire spread and spot fires moving ahead of the main fire decreased by 20% with thinning.”

Chief Executive Officer of the Australian Forest Products Association Ross Hampton said the fire season was not yet over and already the statistics were tragic in the extreme.

“Twenty-nine lives lost, more than 10 million hectares burnt, tens of thousands of livestock lost, more than 2000 homes, perhaps a billion native animals and something like a year’s worth of carbon emissions. Millions of Australians have been affected by these events and are demanding we do more than continue with business as usual,” Mr Hampton said.

“It beggars belief that some activists and activist academics are determinedly proclaiming that not only do we not change the way we do things but we go even faster down the failed road we have been on.

“For example, tens of thousands of trees are being felled by forestry contractors right now along the edges of roads in Victoria and NSW to make those roads safe for traffic,” he said. “Thanks to the voices of the activist academics who believe all forests should be left in a wilderness state, this timber cannot be used but is instead being left in piles where it will become fuel load for the next major bushfire season.”

Mr Hampton said Professor Keenan and his colleagues also rightly pointed out that thinning to make areas more fire resistant is simply another tool to use with cool burns and was in line with the way indigenous Australians once managed the forests:

“Looking ahead, thinning combined with Indigenous cultural burning may even be a way to restore Australian forests to more open park-like conditions observed at the time of arrival of Europeans,” Mr Hampton said.

He said the researchers also pointed out that forest thinning is already used internationally with good results.

“Three years ago, the Federal Government Forest Industries Advisory Council called for a $300m program of thinning to commence immediately. We have already left this too late. It is imperative that we add this tool to our arsenal immediately. It may be more important than the water bombing aircraft which are receiving so much attention,” Mr Hampton said.