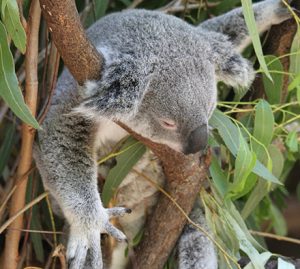 The operator of a private farm near Portland in Victoria, where at least 40 koalas have reportedly died and 80 others were reportedly found injured, has defended his management of the property, as Victoria’s state government launches an investigation into the incident. Source: Timberbiz

Photographs of the maimed koalas sparked public outrage around the world after being shared on social media.

Forest industries have reacted with universal anger and completely condemned the senseless koala deaths uncovered by a nature group on the property.

Responsible Wood confirmed today that the private landowner is not certified to the Australian Standard for sustainable forest management.

But the landowner Keith Troeth, who manages the property on behalf of his father Russell Troeth, said that the number of deaths has been inflated online.

He said he will accept the legal consequences of his actions, but that the incident, which has caused a global outcry online, has been blown out of proportion by activists.

He also said that overpopulation of koalas had resulted in the deaths.

“I did not seek to deliberately doze koalas to death. I am not a killer, I am a farmer, we care too,” he said.

The state government is investigating whether the incident breaches the Wildlife Act 1975, which protects koalas from being killed, harassed or disturbed and can attract a fine of $8,000 and an additional fine of more than $800 per animal.

Logging company South West Fibre, which worked on the property until November last year, has condemned the incident and adviser Robert Hadler said the company is in no way connected to the koalas’ deaths or injuries as the land was returned to the property owner by Christmas.

“We have a koala management plan which includes individual spotters to identify koalas in trees – the trees are then quarantined from harvesting and all koalas are identified, mapped and protected during the harvesting process,” he said.

The company harvested around 28 hectares of the 55-hectare property, leaving 12,000 trees behind, an amount Mr Hadler said left sufficient habitat for the 72 koalas they counted on the property.

“There is a difference between logging and land clearing. In the case of South West Fibre the selecting harvesting or logging that occurred was only a partial amount of trees on the property,” he said.

“The subsequent land clearing that appears to have been undertaken was total land clearing where all the trees and remnant vegetation on the property were cleared.”