Fire season nears in Australia – we should take heed 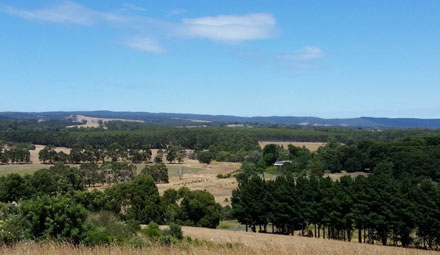 “The traditional owners of the land have unique skills and expertise in the management of fire in the landscape,” said the Victorian division of the Institute of Foresters of Australia in a pre-state election paper.

“Traditional burning is an integral part of sustainable forest management, including greenhouse gas emission reduction, forest health and ecological values. Uncontrolled severe bushfire is the greatest and most likely threat to forest biodiversity.”

The IFA, founded in 1935, represents more than 1000 members who are forestry scientists and/or managers operating in forest and natural resource management.

Mr Fagg said this meant fuel reduction burning away from urban settlements, as recommended by the 2009 Victorian Bushfire Royal Commission.

Among the IFA’s recommendations are:

Mr Fagg said that, with more than 90% of native forest either formally or informally reserved for conservation, the rational for further national parks was “highly questionable”.

Mr Fagg said with more forest put into parks, Victoria would have to import more tropical hardwoods from some countries in the Asia-Pacific “where sustainable forest management is often questionable”.

He reiterated the socio-economic importance of the Victorian forestry industry, which, including downstream industries, employs about 21,000 people.

Resource constraints had halved hardwood sawlog production over the past 20 years.

“While bushfires have played a part, the constraints have been based mainly on politics, not science,” he said.

“Wood is the only building material that is both renewable and stores carbon,” he said, embodying far fewer emissions than steel and concrete. “More wood should be used, rather than less.”

“Opportunities for small to medium scale bio-energy facilities exist in rural and regional Victoria,” he said.

Well planned bio-plants could cut reliance on existing conventional energy, using biomass that might otherwise be dumped or burnt for no gain.

Many European countries, such as Sweden and Germany, had numerous bio-energy plants. In Victoria, several successful enterprises, such as Meredith Dairy and the Beaufort Hospital used bio-energy for heating, Mr Fagg said.