Fire app out of sync with reality 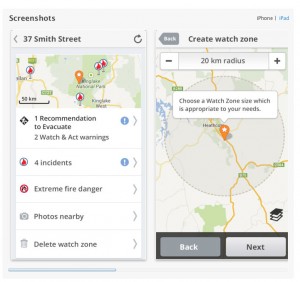 A government app from the state of Victoria has been issuing alerts for forest fires that don’t exist. Source: FutureGov

Residents of Redesdale town received warnings last week from the FireReady app that there was a fire out-of-control 3.5km away, when there was no fire within 20km.

The app is also displaying fire warnings for six hours by default, meaning that the app may issue warnings even if the fire has been put out.

Craig Lapsley, commissioner, Emergency Management Victoria (EMV) admitted that people should intervene in the automated system if the alert needs to be pulled down earlier.

The app notifies its users of all fires reported through the emergency number 000, Lapsley told local media. However, this means that inaccurate data can also be displayed until the fire brigade arrives at the scene and verifies the situation, a spokesperson for EMV said.

“It is important to give people information as early as possible, so that they can be aware there is a potential fire or emergency in their area and they can start to prepare themselves and get ready to act,” the spokesperson said.

“If the brigade arrives on scene and determines there is some threat to a community, a warning will then be issued which will result in further push notifications from the FireReady app.

“This includes specific information about where the fire or emergency is and what you need to do.

“It is important to never rely on one channel for emergency information.”

Martin Anderson, digital media manager for the Country Fire Authority said: “Most Victorians would rather get an early notification of a possible fire rather than wait for firefighters to get there as that may be too late. The alternative is to delay notifications and risk life or property.”