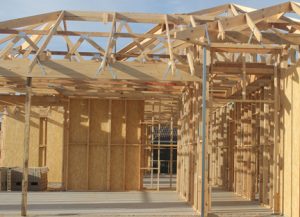 Adrian O’Connell, Standards Australia’s Chief Executive Officer and Karen Andrews MP, Minister for Industry, Science and Technology announced a joint funding agreement for access to AS 3959:2018, Construction of buildings in bushfire-prone areas, for all Australians. This jointly funded partnership will provide all Australians with access to this key standard referenced in the National Construction Code through Standards Australia’s distributors – at no cost. Source: Timberbiz

“This is a difficult time for many individuals and communities. When the scale of the disaster became apparent, I wanted to make sure that Standards Australia was directly contributing to the broader Australian response,” Mr O’Connell said.

The standard specifies requirements for the construction of buildings in bushfire-prone areas in order to improve their resistance to bushfire attack from burning embers, radiant heat, flame contact and combinations of all three.

The recent bushfires have highlighted the need to ensure the safety of Australian lives, homes and property. Designing and constructing homes to the highest standard is an important means of protecting the interests of Australians during future bushfire events.

By funding access to this standard together with the Commonwealth Government, Standards Australia hopes that as communities rebuild after these most recent bushfires, they do so with access to Australia’s construction standard that deals with bushfire prone areas.

Standards Australia and the Commonwealth, through the Department of Industry, Science, Energy and Resources will be jointly funding the access until 30 June 2021 using the sponsored access pathway outlined in the distribution and licensing framework.

“When we announced our new distribution and licensing framework in November, being able to announce a partnership like this so quickly is a significant achievement for all involved. I would like to thank Minister Andrews and her Department for working with us over the last few weeks to make this happen,” said Mr O’Connell.

Standards Australia’s Distribution and Licensing Framework Policy launched last year has been paramount in the company’s ability to fund and open access to this standard and is an important example of how the new framework can support communities.
“It’s the nature of Standards Australia to support our nation and having control over our content has given us the opportunity to do this,” Mr O’Connell said.

“Everything that we’ve heard so far is telling us that houses built to the standard performed well. We’re currently looking for data about how AS 3959:2018 homes held up and working with relevant committees to support their ongoing work to help in this rebuilding phase.”
Standards Australia is working with its distributors on making the access available and there will be an announcement on access points in the coming weeks.

Minister for Industry, Science and Technology Karen Andrews said that waiving this access fee was a simple and practical way to assist, and part of the broader range of measures being provided through the National Bushfire Recovery Agency.

“Australians who are rebuilding their lives or planning new construction following the recent devastating bushfires should not have to worry about the cost of ensuring that their families are protected under the latest bushfire standard,” Minister Andrews said.

The announcement that builders and homeowners will be able to easily access the Australian Standard for building in bushfire prone areas will help thousands of people impacted by the recent bushfires move through the rebuilding process a little more smoothly according to Kristin Brookfield, HIA Chief Executive Industry Policy.

“This is an important joint initiative between the Commonwealth Government and Standards Australia. Along with many other initiatives announced by the Commonwealth and state governments, we hope this one will reduce the red tape involved in designing and building a new home which needs to meet these requirements,” she said.

“The residential building industry relies heavily on these technical standards and contributes significant time and resources to support their development. As a member of the Standards Council and a member of the AS 3959 Committee that develops this particular standard, HIA is pleased to see open access being provided.”