COVID-19, closed borders and the future of the housing market 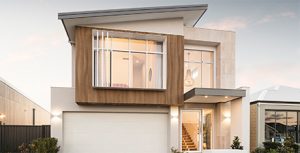 Australia’s new house building pipeline appears to be stable in mid-April, with construction work able to continue in most situations. The rush by builders to complete work to the next payment stage, over concern of an imminent sector or site closure is reportedly following through the supply chain. A variety of fabricators report they are particularly busy as a result. Sources: FTMA, IndustryEdge

Frame and truss manufacturers, cabinetmakers, even floor-sanders and finishers are reporting they are busy. That is good news for those businesses and the people working in them and great news for the economy as a whole. While it lasts.

The new housing pipeline is not endless, and it requires constant replenishing with new dwelling commitments by people forming new households. Right now, all the evidence is that new commitments have more or less stalled.

That means some time in the future, probably around the final quarter of 2020, in six months or thereabouts, work will slow and there is every possibility that new work will also stall.

As businesses consider their response to what seems an almost inevitable demand shock, there are two scenarios IndustryEdge thinks are likely and they can operate together

Evidence in the early part of 2020 suggested that new dwelling approvals were turning the corner, with a recovery in demand just becoming evident.

On an annualised basis, total approvals were down 15.8% to a total 171,205 dwellings. We will not know for a month, but we have to anticipate that from March, new housing commitments will fall back sharply.

What that will mean is that when there is some form of recovery and return to ‘normal’, there will be ‘pent-up’ demand. That is, there will be people very keen to get their long desired new dwelling started. There are some pretty large caveats on this.

Households will have to demonstrate a capacity to pay and a lot of people are not currently working, and it may be some time before they are again. We expect plenty of those out of work are right at the stage in life where they were due to make their first housing commitment.

We saw that post- GFC, and this current crisis is far more serious and deeper and impacting more people for longer.

So, the housing economy will hold its breath, but we have to expect that recovery will see some demand, but we don’t know how much, and we cannot predict how that will be different to just a couple of months ago.

Every year, Australia’s population grows by about 1.7%. That amounted to an average of about 390,000 people over the decade to the end of 2019. What sometimes comes as a surprise is that close to two-thirds of population growth comes from net overseas migration, and one-third from the net positive birth rate.

As an example, to the end of September 2019, 62% of population growth came from net overseas migration (arrivals less departures), with 38% coming from net births (births less deaths).

Australia’s borders are closed right now and will be for the foreseeable future. That means no one is coming, and no one is going either. That seems a reasonable assumption through to the middle of 2021, so what happens if we assume that net overseas migration just stops at the end of the March quarter, and it is halved for 2021? The total impact of that would be something like 276,000 less people living in Australia by the middle of 2021 – just fifteen months away!

We know that on average, there are 2.63 people in each dwelling in Australia. So, applying that simple measure, if there are 276,000 less people in the country, there will be about 105,000 less dwellings at some point in the future.

To summarise this, at some point in the future, we can anticipate there will be quite a bit less demand for new dwellings because the population is lower than we would normally have expected. This is not a forecast and we cannot be clear how long it will take for a lower population to be felt in the housing market.

Migrants typically arrive in household groups, so the effect is probably taken up relatively quickly. Equally, we might find that the net birth rate rises quite a bit over the next year, or there is a big spike in later net overseas migration that wipes out the deficit fairly quickly. In the meantime, as we consider the future for our businesses, it seems likely we will need to factor in less new dwellings for some time, with a lumpy recovery thereafter.