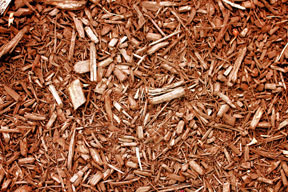 The proposed inclusion of native wood waste in the cut-down renewable energy target is creating problems for both the Coalition and Labor, with last-minute deals being discussed to avoid a compromise agreement with Senate cross benchers that could be disastrous for the wind industry. Source: REneweconomy

As part of the political intrigue that has intensified since Prime Minister Tony Abbott’s extraordinary outburst against wind farms last week, all sorts of scenarios are now being contemplated.

This includes a potential delay in the RET legislation until the preliminary findings of the Senate wind inquiry are tabled in July.

At the heart of the problem is the apparent inability of the Labor Party and the Coalition to stitch a deal together on the RET to ensure that the legislation – to cut the RET to 33,000GWh from 41,000GWh – passes the Senate more or less unhindered.

The major problem between the two parties is over the proposed inclusion of native wood waste.

The Coalition is pushing the inclusion in a bid to shore up its vote in some marginal seats in Tasmania.

Labor is reluctant to agree because of the potential damage from a Greens-led campaign in inner city seats elsewhere in the country.

That is making an agreement almost impossible to manage, despite efforts to find a compromise which could involve the promotion of large-scale solar – possibly using the Clean Energy Finance Corp to provide cheaper debt – to assuage the conservative distaste of wind farms, which Abbott finds so “visually awful”.

The RET legislation was due to be discussed in the Senate on Tuesday. But set speeches are yet to be made, which will be followed by more detailed debate and questioning around details of the legislation.

The Greens have made it clear they will vote against the changes, want to exclude wood waste, and also drop limitations on states having their own tradable renewable energy scheme.

Behind the scenes, however, the Coalition is also testing what sort of agreement it can negotiate with the cross-benchers.

Talks are focused on Liberal Democrat Senator Leyonhjelm. The fear in the renewable energy industry is that Leyonhjelm will insist – in return for dropping his opposition to native wood waste – on the government agreeing to adopt the recommendation of the current Senate inquiry into wind farms.

Given that the Senate inquiry members are – with the exclusion of the sole Labor Senator – in agreement that wind farms are damaging to health, that prospect could be damaging to the wind industry. It would likely lead to greater restrictions on wind farm approvals and deployment.

Mr Leyonhjelm, for instance, has already decided that adverse health impacts from wind farms is already proven, and that allowing wind farms to make up the bulk of the RET would cause “tens of thousands” of Australians to be impacted.

Mr Leyonhjelm, who along with other cross-bench Senators is advised by noted anti-wind activists, has already called for the RET to be delayed another six months.

It could be, however, that the Coalition will be minded to strike a deal with Mr Leyonhjelm anyway, particularly in light of Abbott’s comments, and the refusal of environment minister Greg Hunt to endorse wind energy in media comments last week.

Among the possibilities being canvassed is imposing a “cap” on wind farms under the RET, or delaying the vote until July, or even August, when the Senate is due to hand down its final report on wind farms.

A delay, however, will likely extend the investment drought even further.

The Clean Energy Council said that it was critical that any legislation be passed quickly, to avoid further delays, job losses and investment losses.

“Any material change to the agreement reached between the two major parties, or failure to legislate this agreement before the Parliament breaks for winter recess, will again put the sector back into crisis and risk major damage to the sector,” CEC chief executive Kane Thornton said in a statement.

“The Clean Energy Council does not support the proposal to include native forest wood waste unless it can be verified as coming from sustainably managed forests. However, it is critical that any negotiation on this matter does not change or delay the passage of legislation agreed between the two major parties.”