US hits Canada with newsprint duties 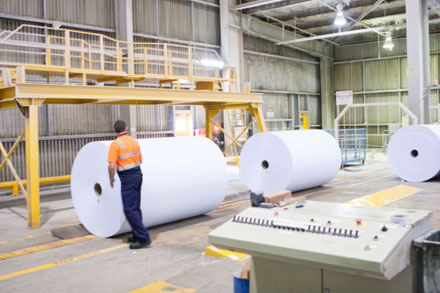 The United States Department of Commerce said in a statement that a preliminary investigation found Canadian exporters underpriced uncoated groundwood paper by between 0 and 22.16%.

“President Trump made it clear from the beginning that we will vigorously administer our trade laws to provide US industry with relief from unfair trade practices,” Commerce Secretary Wilbur Ross said in a statement.

The department said it determined Canadian exporters have sold newsprint in the US at as much as 22.16% less than fair value and it will collect cash corresponding to those rates.

It noted that the maximum margin of 22.16% is lower than the up to 54.97% rate alleged by Washington-based North Pacific Paper Company, which made the petition to the department to impose the tariffs.

It complained Canada was dumping newsprint into the American market and unfairly subsidizing its industry at home.

Canada is the largest exporter of newsprint in the world, with a market dominated by Resolute Forest Products, Kruger and Catalyst Paper Corp of British Columbia.

The department calculated a dumping rate of 22.16% for Catalyst Paper Corp, and all other producers excluding Resolute Forest Products and White Birch, which were both found to have dumping rates of 0%.

The department’s investigation into the alleged dumping began in August 2017, and an International Trade Commission investigation began the following month.

The department said a final determination in the investigation will be made in August.

It’s the second time the Trump administration has slapped duties on the Canadian forestry industry in recent months.

In December, the US International Trade Commission upheld tariffs on softwood lumber after it determined the lumber imported from Canada is subsidized and injures the US industry.

Canada filed a wide-ranging complaint to the World Trade Organization in January about the way the US applies punitive tariffs, directly tied to softwood lumber.