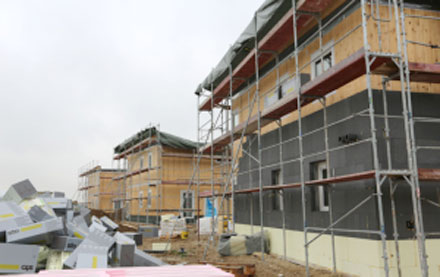 Using timber in green buildings is a key way for the forestry industry to assist in the transition to a low carbon economy, according to a new United Nations report. Source: The Fifth Estate

Released by the UN Food and Agriculture Organisation, the Forestry for a low-carbon future: Integrating forests and wood products in climate change strategies report also analyses the economic case, policy opportunities and bottlenecks for each stage of the forest lifecycle.

“Forests are at the heart of the transition to low-carbon economies,” the report states.

“Forests and forest products have a key role to play in mitigation and adaptation, not only because of their double role as sink and source of emissions, but also through the potential for wider use of wood products to displace more fossil fuel intense products.

“Indeed, a virtuous cycle can be enacted in which forests increase removals of carbon from the atmosphere while sustainable forest management and forest products contribute to enhanced livelihoods and a lower carbon footprint.”

The use of carbon pricing schemes to increase uptake of forestry-based mitigation was highlighted, and the importance of forest management strategies that maintain soil carbon stocks and promote high-value uses for sustainably harvested timber than ensure the carbon stored in the wood remains stored for as long as possible.

Building with timber was one of the uses examined in detail.

The report noted that in terms of uptake of timber in building, policy settings and risk aversion on the part of builders were two of the biggest barriers in the developed world.

This was not the case for the detached dwelling sector – where North America and Europe led in timber construction – but in the medium and high rise sectors.

In Australia, it said the average use of wood products per unit of floor area had “decreased significantly over time”.

Reversing this trend could have significant CO2 mitigation benefits.

In NSW, for example, in 2009-10 the EPA reported the residential sector was the second highest source of GHG emissions in the state. Increased use of wood could offset these emissions.

A 2013 study by Fabiano Ximenes and Tim Grant, cited in the report, quantified the lifecycle impact of substituting materials such as concrete and brick with wood for two standard dwelling types in Sydney.

The GHG outcomes incorporated the extraction, manufacture, transport, use in construction, maintenance and use over 50 years, and disposal of wood products and other building materials across two variations – single storey and double storey. In the “timber-maximised” alternative, the research found wood substitution in the substructure of the building would have the largest GHG impact because of the original design’s concrete components, followed by the walls, because of the substitution of bricks.

Overall, the timber-maximised designs would result in approximately half the GHG emissions of a conventional design, which could offset between 23 %and 25% of the total operational energy of the houses.

The FAO report also said that while the use of timber in high-rise buildings was currently the subject of a lot of recent interest, buildings in the mid-rise sector – between four to 10 storeys – could have greater mitigation potential overall “because they are more prevalent and thus represent a larger material volume”.

The use of timber for furniture and non-construction elements such as doors, window frames, cabinets and packaging could also contribute to mitigation, the report said, when these substitute for relatively high emissions products such as steel, plastics or aluminium.

The report found that acceptance of wood as a green building material had been low despite a growing body of evidence regarding benefits and competitiveness, “The building construction industry is known for a tendency to be risk averse,” it said.

“In some countries, consumers and construction professionals perceive wood as being of poorer quality and durability than more established construction materials and may associate wood with lower market value and social housing.

“Construction firms are frequently satisfied to meet only the minimum requirements of environmental legislation and building codes, and few consumers pay attention to the building’s structural frame or environmental impacts when they make housing decisions.”

It noted that where green building principles to reduce energy use are used in conjunction with timber in construction, outcomes could result in substantial mitigation.

However, it said not all green rating systems for the built environment were highlighting and weighting the lifecycle of materials as a factor in overall ratings.

Instead, the majority focused on the operational energy use, not the embodied carbon footprint.