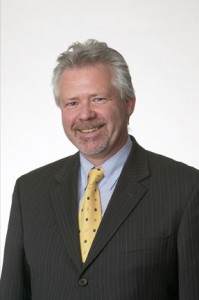 Timberlink Australia says it plans to retain all staff at Flight Timber’s sawmill and invest heavily in the region. Timberlink Australia/New Zealand chief executive Ian Tyson said the company planned to pump NZ$10 million of capital expenditure into the plant over the next two to three years.

“This will strongly position the business for an exciting and successful future,” he said.

Flight Timber was a subsidiary company of the New Zealand-based Flight Group, which also owned Flight Forests and Flight Plastics.

Flight Timber general manager Romon Spiers said the sale of the sawmill had been in the works for the past six months.

It was “exciting news for everyone” and the expected investment over the next three years was positive for the region, he said.

The change in ownership was expected to take effect on September 1 2015.

The sawmill processed about 100,000 tonnes of raw radiata pine a year, with the majority of their products going to the construction and furniture industry in both domestic and export markets.

Timberlink managed two softwood sawmills in Australia, as well as the associated sales and distribution network, which provided pine, building products to the Australian market.

The sale formed part of larger transaction by Flight Group, which would see them sell approximately 4200 hectares of freehold land and radiata pine plantations from their Flight Forests assets to Sydney fund management company New Forests.

Timberlink was an investee company of New Forests.

The sale of the Wairau Valley land was subject to approval by the Overseas Investment Office. The sale would also help increase the efficiency of the sawmill as it would be able to source raw timber from plantations owned by the same parent company.

“It used to be that way years ago but it has slowly changed, so it is fairly unique for us to go back to that,” MrSpiers said.

New Forests chief executive David Brand said the planned acquisition would expand their presence in New Zealand to a total of more than 12,000 hectares of softwood plantations.

After the sale of the land was completed New Forests would appoint a New Zealand-based property management company for forest operations.

The company had more than $2.8 billion (AUD $2.5 billion) in assets under management and more than 620,000 hectares of forests, rural land and conservation investments on behalf of institutional clients.

They had extensive experience investing in Australia, New Zealand and throughout the Asia-Pacific region. The amount paid for Flight Timber and the Flight Forests land was not released.