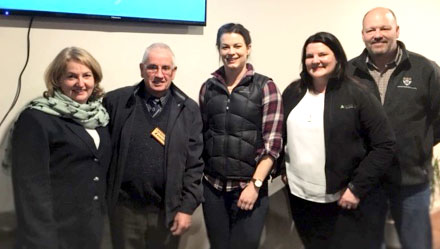 Timber Communities Australia has announced the resignation of Helen Murray, who has been the national coordinator and its key representative for almost four years. Source: Timberbiz

Since joining in 2014 Ms Murray has been a dedicated and proactive representative for TCA’s members from timber communities right across Australia.

From the outset she was instrumental in assisting an Interim Board to finalise a major TCA restructure and pursue a funding drive, following a review completed by industry consultant Tim Woods in 2013.

Some highlights of her tenure were:

Ms Murray worked with three chairs of the TCA board and many different directors and leaves us with some words of appreciation:

“I want to express my thanks to all current and prior directors for their support of the organisation and their endeavours to build up the funding base, so TCA can get on with the work of providing a voice for its grassroots members,” she said.

“Particular thanks to them for supporting my vision for the Young Ambassadors Initiative and my personal thanks to Company Secretary Judy Pearce, who has been such a support. I look forward to ongoing involvement with this wonderful green industry.

“It’s been a privilege to serve the members of TCA and I wish them and the organisation every continued success.”