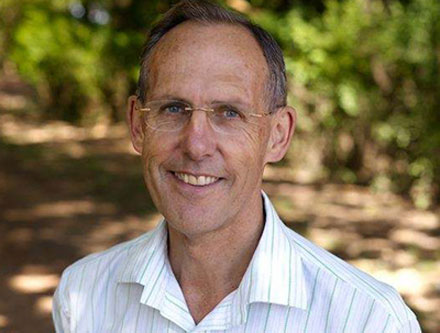 The Tasmanian Liberal government has promised to introduce new anti-protest laws to replace those struck out by the high court if it is returned to power next month. Source: The Guardian

The previous laws were ruled unconstitutional in October after a challenge by the former Australian Greens leader Bob Brown, who had been arrested during an anti-logging protest in the state’s north-west.

Described by the Hodgman government as the toughest anti-protest legislation in the country when introduced in 2014, the laws sought to ban protesters from taking steps that would prevent, hinder or obstruct business activity.

Penalties for individuals were up to a $10,000 fine and four years jail for invading a business space, and $50,000 and five years jail for threatening damage or posing a risk to safety.

In a majority judgment, the court found the aim of the law to protect businesses from disruptive protest was legitimate, but that as written it stopped members of the public protesting on publicly owned forestry land, breaching the implied freedom of speech in the constitution.

The state’s resources minister, Guy Barnett, said the Liberals would introduce legislation to address the concerns raised by the court.

He said Tasmanians had a right to do lawful work without the threat of protestors intentionally shutting it down.

“Jobs are the number one priority … we are committed to ensuring Tasmanians can go to work and run their business in a safe manner free from interference and disruption,” Mr Barnett said.

Mr Brown said the announcement revealed Nr Hodgman had an environment policy, which was to jail environmentalists. He said there were already adequate laws in place preventing harm to businesses or damage or property.

“This is about locking up citizens who care enough about Tasmania’s wild and scenic beauty to go on-site and peacefully protest its destruction,” Mr Brown said.

“People who care about Tasmania’s future environment, economy and employment prospects will vote Hodgman out of office.”

Mr Brown and Jessica Hoyt were arrested in January 2016 while filming a video at a protest in Lapoinya state forest in the Tasmania’s north-west. The charges were later dropped, but the high court challenge against the laws continued.

The Tasmanian government was joined in the case by the commonwealth and all states except Western Australia, which dropped out after failing to pass its own anti-protest laws.

Mr Barnett said a Liberal government would change sections of the flawed act to reduce restrictions on political communication and make the locations where it applied clearer. It would also toughen the Forestry Management Act to boost protection of workers.

“As we have always said, we want to get the balance right, to support the right of workers and businesses as well as protecting the continued right to free speech and the right to protest,” he said.