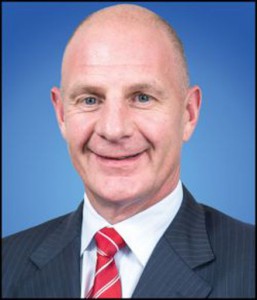 As Treasurer Peter Gutwein prepared to hand down the 2017-18 state budget tomorrow, the Hodgman government’s forest legislation was examined in the Legislative Council. Source: The Advocate

On the eve of budget day, Legislative Councillors gave their second reading speeches regarding the polarising bill, which would open up about 356,000 hectares of Tasmanian forest to logging.

The session went late into the night, eventually passing the second reading and progressing to the committee stage.

The government says this is to ensure Forestry Tasmania receives its yearly quota of 137,000 cubic metres of high-quality sawlogs.

The industry, though, is divided over the bill. Questions have been raised over the bill’s potential impact on Forestry Tasmania’s bid for Forest Stewardship Council certification, which would allow it to access more timber markets.

He also said sawmillers in his electorate had questioned the value of FSC certification. On the other hand, independent Rosevears MLC Kerry Finch said the government was deliberately stoking conflict with its legislation in the lead-up to the next state election.

Independent Murchison MLC Ruth Forrest said the special species timber industry, which Mr Barnett said this legislation was designed to assist, represented 0.01 per cent of the industry as a whole.

“To side with one sector, whether it is the smaller sawmills and special species timber sector or the large sawmillers and operators in the industry, potentially does so at the expense of the other,” she said.

The bill will continue at the committee stage when the upper house resumes.