Simon proves that age is no barrier to achieving success 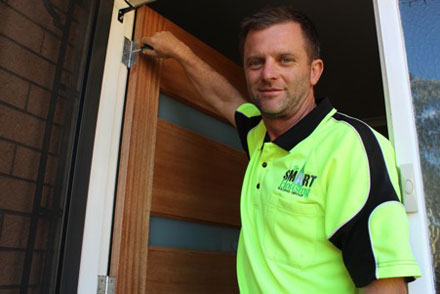 Simon Russell decided on a career change at a time when most would consider it almost too late (or too comfortable) but now he’s reaping the rewards. Source: Timberbiz

The former Victorian country boy is this year’s winner of the prestigious HIA Jim Brookes Australian Apprentice of the Year award.

The mature-age apprentice, now based in the ACT, was recognised in front of industry leaders at the awards presentation at the Intercontinental Hotel Melbourne.

The award recognises the work and study achievements of Housing Industry Association (HIA) apprentices, while encouraging continued excellence in the industry once they have completed their apprenticeship.

The Jim Brookes Australian Apprentice award is tied into the HIA-CSR Australian Housing Awards which are the ultimate platform to showcase the talents of the nation’s top builders and designers.

Mr Russell was nominated by his host The Smart Housing Building Group for displaying great communication on-site and taking pride in his work; always completing jobs to a high standard.

Born and schooled in Shepparton, Mr Russell opted to gain a degree in Environmental Policy at the Royal Melbourne Institute of Technology (RMIT).

However, he recalls that when he was a youngster that was definitely not the path he was hoping to follow.

Read the full article about Simon’s push for a career change in the latest edition of Australasian Timber … out soon.