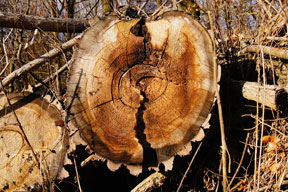 Prices for domestic and imported sawlogs in Austria and Germany have falling during 2015 and 2016 to levels not seen in 10 year, reports the Wood Resource Quarterly. Sources: Timberbiz, Lesprom

While domestic log prices have declined, they are still among the highest in Europe and many sawmills in the two countries have increased importation of lower cost sawlogs from neighboring countries the past few years.

Softwood sawlog prices in both Austria and Germany have been in steady decline for about two years and in the 1Q/16 they reached their lowest level since 2006 (in US dollar terms).

Although less dramatic, prices have also trended downward in Euro terms with average prices currently being 12% lower than two years ago.

Despite the recent price declines, sawmills in the two countries have some of the highest wood costs in Europe.

The high costs for domestically sourced sawlogs have driven sawmills to increasingly source wood raw-material from neighbouring countries where log prices are lower.

Germany and Austria are the second and third largest importers of softwood logs in the world and Germany in particular has increased importation substantially over the past five years.

In 2008, Germany was actually a net exporter of logs of about 1.6 million m3 but the flow of logs has since turned around and the country was a net importer of 5.4 million m3 in 2015.

The major log supplying countries in 2015 and early 2016 have been the Czech Republic, Poland, Norway and Estonia.