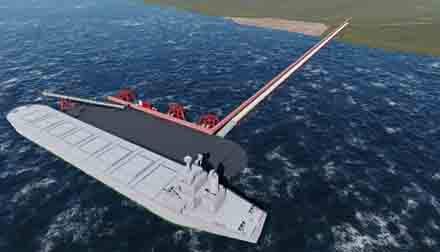 South Australian Minister for Planning Stephan Knoll gazetted a revision to the original declaration of his predecessor, in which the proposed Kangaroo Island Seaport was to be assessed under Section 46 of the Development Act – Major Projects. In his declaration, Minister Knoll incorporated a specific reference to a jetty structure. Source: Timberbiz

This reference enables the orderly assessment of the revised design that was developed by KIPT in response to community and agency feedback which was announced on 20 September 2019.

This revised design is for a fully piled jetty structure extending about 650m offshore. It thereby avoids any dredging or any interruption to natural water circulation processes, while increasing the separation to sensitive receptors.

In particular, the new design does not elevate the likelihood of the nearby onshore abalone farm drawing in seawater that is affected by its own waste discharge.

An addendum to KIPTʼs Draft Environmental Impact Statement (EIS) to incorporate the revised design will be lodged with the Ministerʼs Department.

The Minister has discretion to conduct further public consultation on the revised marine design before the finalisation by KIPT of its EIS Response Document, which is the last step in submitting the project for assessment.

The company remains confident of a favourable outcome and thanks the Minister for ensuring that the enabling major project declaration now reflects the character of the proposal as it has evolved in response to issues raised during the public consultation period conducted by his Department.