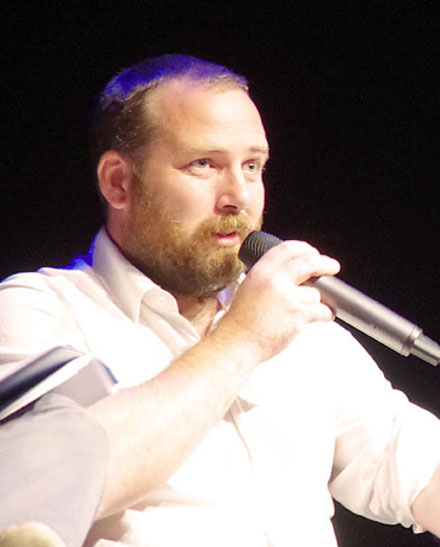 After a short-lived, accidental but not insignificant stint in the Senate, Ricky Muir has learnt two lessons. “The one thing you can guarantee in politics is everybody lies,” he says good-humouredly. Source: Sydney Morning Herald

The other? “So many people offer to do you a favour in politics but it comes with strings attached.”

The “trickery” and intrigue of his white-collar job in Canberra was a far cry from the altruistic approach of his most recent employer John Mavros who ran a small sawmill in Heyfield, near Denison in Gippsland – the area where Muir grew up.

Despite being a reported “unemployed bum”, Muir had been working casually at Canningvale Timbers in the time between his shock election in September 2013 to when he formally took up the position in July 2014.

“If Rick had to travel up to Canberra or anywhere else for party business he’d give Rick work when he needed it and at the drop of a hat he’d let Rick not come in. He worked around Rick to help our family.”

When Mavros was diagnosed with emphysema the mill fell into disrepair. Ricky had just lost his seat in the double dissolution election and was having a hard time letting go of the 24/7 high pressure life that had catapulted him into the national spotlight as a kingmaker with the power to sanction or sink the government’s legislation.

“I thought it would be a case of – let’s go and live it up, relax a little, but what I found was that I was checking the media at 5.30 in the morning, getting prepared to make a statement on whatever issue was controversial that day.”

But his phone, which used to buzz incessantly with texts, calls and emails, many from the media, went mostly untroubled.

In April he was reported to have ruled out a return to the sawmill but his wife says owning a timber business was always part of the plan before politics dealt its wild card.

Now, battling boredom and keen to get back working heavy machinery, he decided to help out his mates.

“I thought, John helped me out in a time of need so I’m going to go over there and help him clean the mill and I didn’t know where life was going to take us.”

When Ricky returned to the mill yard it would not be for a clean-up but a full takeover. In just a few weeks the former casual labourer, between jobs before his Senate gig, would become a first time business owner.

“Retail went through the roof immediately,” he says, and talks of hoping to soon take on some staff.

Unlike MPs elected before 2007 such as the former Speaker Bronwyn Bishop, Ricky Muir does not receive a parliamentary pension – a system he says needs reforming.

“It should have been retrospective,” he says. “It’s a privilege to be elected into the parliament. Like any other job once you’re out you shouldn’t receive any more remuneration.”

But Muir did receive what he describes as a “little boost” – a generous $49,760 “resettlement allowance” granted to departing senators.

That combined with careful savings during the time he earned $200,000 a year as a senator meant the high-school dropout, onetime “jobless bogan,” and unashamed rev-head was able to buy the mill and install a Lucas sawmill, worth tens of thousands of dollars, which he affectionately calls “George.”

Suddenly the 24/7 days were back but the white-collar and trimmed facial hair were gone, replaced by high-vis and a heavy bushranger beard.

“If there’s a deep end I’m guaranteed to be dropped in it,” he laughs. “No, you’re not dropped in it, you jump into it,” Kerrie-Anne corrects.

It wasn’t so much the deep end but the deep blue Muir jumped into when he was elected to Parliament on the back of an exotic preference swap deal with his Motoring Enthusiasts party recording a puny 0.51% of the primary vote.

He was one of the senators in Malcolm Turnbull’s sights when the Prime Minister introduced changes to eliminate the preference harvesting that got Muir elected and called on the double dissolution. But the tactic backfired with the crossbench growing from eight to 12 instead.

“It was not a success,” observes Muir. While the changes did see Muir ousted, neither major party would pick up his spot. It went instead to another independent – former radio broadcaster Derryn Hinch.

“I think the popularity for the minor parties and independents absolutely is growing every single day,” says Muir. But he warns the crossbenchers that they need to “play their cards right to ensure that that stays the mood of the public”.

This, the Muirs say, involves genuinely listening to and representing the electorate, something he believes the major parties have abandoned to their peril and fuelled the rise of the political outsider, seen most sensationally with the election of Donald Trump, a result which he says came as no surprise to him.

The self-described “outdoors enthusiast” and former CFMEU steward has flirted with the idea of running for the Labor party but now rules it out completely.

“If it was the traditional Labor party maybe not the modern one,” Kerrie-Anne adds.

“Exactly,” says Ricky. “I’m sitting here looking at a picture of John Curtin up on my wall right now. If that was the Labor party we were talking about – probably. But we’re not. We’re speaking about an extension of the Greens party because they’re too afraid of losing the city vote.”

What’s more, his two years as an independent turned him off the entire party system for good.

“I sat there and watched so many elected representatives sit there and say that they believed I was doing the right thing but go sit where the party told them to sit.

“I found it absolutely repulsive, I couldn’t stand it and I’d be disendorsed the moment I was elected if I was to do it anyway.”

Muir says the recent controversy around the Adler shotgun betrayed the impotence of the Nationals party – the Coalition’s junior partner in government.

He says the Nationals would be better off quitting and joining the crossbench.

“They already are in a powerful position, if they chose to use it but they just don’t seem to use it to their potential.

“I think we’re about to see a whole heap of National votes, go to the likes of the Shooters & Fishers, The Country Party, One Nation because they are just little ‘l’ Liberals.”

The minor party vote rose to its highest in July with nearly a quarter of voters boycotting the Labor and Liberal parties.

The Muirs have a stake in this trend, which began in the 2007 election, continuing its trajectory with Ricky hoping for a comeback in either state or federal politics. Muir Timbers is part of that plan.

“Once we’ve got the business running the way we want it, that may well open up further political aspirations, should we say.”

That would get the tick of approval from at least one other member of the household – three-year old Tristan, who has accompanied Ricky and Kerrie-Anne to Canberra since he was 10 months old and is having readjustment issues. “Mummy, I have an idea why can’t Daddy be a senator and sawmill worker?’ he said to me just the other day on his way to day-care,” smiles Kerrie-Anne. “And I said it doesn’t work like that mate.”