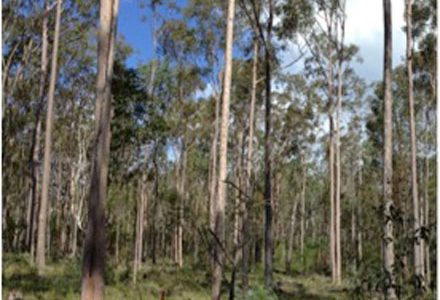 National parks that genuinely promote biodiversity are the best way to guarantee the future of the timber industry under the New South Wales regional forest agreements (RFAs). Traditional Aboriginal forest burning should play a key role in managing the forests. Source: Philip Hopkins for Timberbiz

That’s the view of the South East Timber Association in its submission to the renewal of the NSW RFAs. The association represents those involved in harvest operations.

SETA’s president, Stephen Pope, said if the park reserve system produced the intended environmental services, the pressure to lock up more forest in reserves would be greatly reduced.

Now, almost 80% of public land in NSW was in formal parks and reserves, while large parts of the remaining two million hectares of state forests were unavailable for timber supply.

Mr Pope said a stated aim of the RFAs – to provide long-term stability off forests and forest industries – had not occurred.

“For over 25 years, small communities across NSW have experienced negative social impacts following cutbacks to the native forest industries,” he said.

“The promised replacement jobs in eco-tourism have proved to be nothing more than eco-activist and political hot air.”

Mr Pope said the ongoing campaign to close down the native forestry industry would result in higher imports from countries with often lower environmental protection standards than NSW. This was “immoral, arrogant and unsustainable”, he said.

Mr Pope said a new forest management approach was needed, as forest fuel loads had increased massively in the past 20 years.

“It is only a matter of time before devastating fires will impact south-east NSW forests, unless there are significant reductions in forest fuel loads,” he said.

The megafires and wildfires in the Kosciusko National Park in 2002-03 were a warning: they devastated 2.5 million hectares of mostly forested land over 60 days, killing an estimated 370 million birds, mammals and reptiles.

A more insidious issue was the general decline in forest health in NSW outside the areas hit by megafires.

“The elimination of frequent low intensity burns not only exacerbates megafire risk, it also changes soil chemistry, which impacts on general tree and forest health,” he said.

Mr Pope said the conservation model involving the transfer of state forest to the parks and reserves network had proved to be ineffective.

Current regulations and management “fail to provide ecologically sustainable management in either the parks and reserves”. This policy had its roots in the concept of “terra nullius” (nobody’s land).

“Conservation management language, concepts and practices that underpin the ‘terra nullius’ approach include wilderness, precautionary approach and passive management,” he said. There was now insufficient traditional and /or ecological burning.

Mr Pope said policy should now codify active and adaptive management. “Scientific research needs to be interpreted in the context of over 50,000 years of management, at a landscape level, by aboriginal people,” he said.

“The loss of aboriginal management of the land has created a major ecological disturbance that many ecologists fail to recognise.”

Scientists’ reports too often had an eco-political agenda, not a specific scientific objective.

Mr Pope said parks and reserve managers should do co-ordinated survey work for a broader range of key species and report on a five-yearly basis, in line with RFA reporting.

This would show that the RFA reserve system was delivering the conservation outcomes that had been expected when the land was reserved.

Mr Pope said there had been successes with the current approach. Over the past decade predator control had targeted foxes and wild dogs, which had lifted the number of mammals such as potoroos and bandicoots. This made a mockery of activist claims that “harvesting is the only threat to these species”.

“Unfortunately, there is no specific targeting of feral cats across the broad landscape,” he said. Species continued to decline despite the large increase in the area of ‘protected’ parks and reserves.

Mr Pope said reformed conservation management would allow the ongoing use of less than 20% of the public native forest estate for the sustainable production of forest products. As well, it would provide “a fair share of environmental and recreational services”, he said.