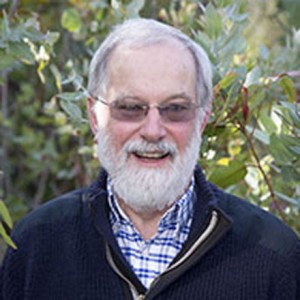 Sustainable, hi-tech and worth tens of millions of extra dollars each year to the Tasmanian economy – that’s the vision for forestry from the man leading UTAS’s new Centre for Forest Value, Jim Reid. Source: The Mercury

“(It’s) to try to get away from the old industry, to go to a new industry,” he says.

“It’s trying to make sure that we get maximum value out of the resource that we actually have, and that means going to a much higher-tech way of doing forestry.

“Instead of just producing a commodity, it’s looking at it from the other end.”

That would mean engineered wood products replacing energy-intensive concrete and steel in buildings.

It would mean hi-tech sensors better categorising wood for its varying uses.

And it could mean genetics being used to grow trees to specification.

It is all part of an attempt to turn forestry’s leftovers — up to 70% — into big dollars.

“It will be substantial.”

Launched in January, the Australian Research Council supported centre also partners with bodies including Forestry Tasmania and Greening Australia. It aims to produce researchers and industry-ready graduates with the skills to transform the struggling sector and promote investment.

But with research and development in the sector having declined in recent decades, it is also partly making up for past neglect.

“We are playing catch-up to some extent,” Prof Reid says. “There are some things, like eucalypt genetics, where we are world leaders.

“It’s the other spaces, like the engineered wood product spaces, where there’s room for us to catch up with how other parts of the world are adding value to wood.”

The centre will try to balance the use of Tasmania’s forests between economic, recreational and environmental demands.

Professor Reid, a conservation geneticist of 44 years, says a whole-of-landscape approach will be taken, meaning more trees in areas where there currently are few.

“If we can get the landscape issues right, we’re much more likely to get the wood being certified as sustainable,” he says.

He says it’s time for Tasmania to move on from past conflicts.

“I see myself as trying to look for a smart solution to an issue that’s plagued Tasmania and usually comes across in a polarised fashion.”