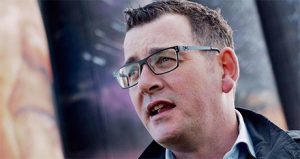 Speaking on ABC radio this morning Premier Andrews said that the Victorian Government “may well have to revise” its plan to shut down the industry by 2030 as a result of the recent fires in East Gippsland.

“There has been no information released to industry on the assessment of how much timber slated for mills has burnt, and how much is usable – previous post-fire harvesting operations have resulted in significant volumes of timber for processing which has minimised the resource impact of fires,” AFCA General Manager Stacey Gardiner said.

“The Premier should not pre-empt these assessments and create more uncertainty for regional communities while forestry workers are still tirelessly fighting fires and removing dangerous, burnt trees in East Gippsland so roads can re-open.”

VAFI CEO Tim Johnston said the Premier should engage with industry and ensure that the burnt timber is not wasted.

“Large numbers of trees have been felled along roads and firebreaks to control these fires for access, fuel and safety reasons and it is vital that the government works with industry and local communities in utilising this timber,” he said.

“Now more than ever, the government needs to provide clarity and certainty to the industry.”

“If the Premier is serious about supporting timber workers and regional communities, then he should ensure this timber is not wasted.”

“Every tree is replaced as the areas are regenerated by law. At this rate it could continue forever without diminishing the net forest area,” he said.

“The Premier failed to consult with industry, workers and communities before announcing he was closing the industry. He should not make the same mistake again. As the fires have shown, forestry workers play a critical firefighting role – without them, a key firefighting resource in Victoria will be lost forever.”