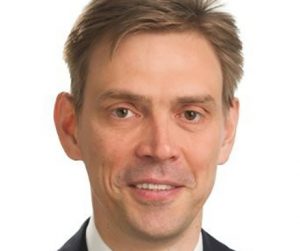 The export of commodities in return for a free flow of finished goods in a global free trading market is being questioned, particularly in respect of growing supply chain risk, security and the need to create local employment in the aftermath of the Coronavirus pandemic. As a result, is it time for New Zealand to consider more ‘on-shoring’ processing of one of its major primary export products?

Chinese demand for softwood timber arises from three industry segments; construction (which accounts for ~50% of the demand), packaging (~15%) and the furniture manufacturing and finishing timbers (~35%). Within the construction segment, New Zealand wood is largely used in concrete forming applications (including plywood) which is a low-value use and counter-intuitive given the 30-or so year production (growth) time required to produce logs.

China’s concrete use is in large part driven by its rapid rate of urbanisation. The use of concrete and its significant impact on the environment is being increasingly questioned. The Guardian in 2019 reported that China pours more concrete every two years than the US did in the entire 20th century.

It further reports, that concrete mixing accounts for about a 10 per cent of the world’s industrial water use. It is understood to worsen the silicosis problem and other respiratory diseases. The dust from concrete stocks and mixers reportedly contributes up to 10% of the coarse particulate matter that chokes Delhi. The Asia Institute, in a recent (March 2020) podcast, focused on the high demand for sand, a non-renewable resource which makes up about two thirds of concrete material. Sand is further used in the production of glass and microchips.

It is estimated that the world uses 40-50 billion tonnes of sand annually, a volume sufficient to build a 27m wide wall, 29m high around the planet each year. Sand suitable for concrete manufacture, is mined from sand bars, riverbeds and estuaries with consequential environmental impacts such as downstream erosion, sedimentation and flooding.

Countries such as Cambodia, Myanmar, Malaysia and Indonesia have all supplied sand to meet demand from Asia’s economies and rising living standards are set to boost demand. The United Nation’s Environmental program in 2019 referred to sand mining as one of the major sustainability challenges of the 21st century. The BBC reported in late 2018 that cement, another key ingredient in concrete is the source of about 8% of the world’s carbon dioxide (CO2) emissions according to think tank Chatham House.

Further, in Australia the National Construction Code was changed in 2019 to allow up to 8 story buildings to be constructed from CLT. The “25 King” building in Brisbane is one example of what can be achieved using new technologies and materials. In New Zealand, Red Stag is planning to build a CLT plant in Rotorua and are constructing demonstration buildings in Christchurch. Commerical interest is also increasing with Robert Jones Holdings planning a multi-story office block in Wellington CBD.

It is the role of government to provide the vision, environment and leadership to foster new initiatives. There is no reason why New Zealand could not establish itself as a major CLT and/or Glulam producer and designer of wooden buildings, exporting value-added, pre-manufactured and environmentally friendly building components to Asian markets.

The Asia Pacific is a major wood deficit region and New Zealand is well positioned to potentially play a leading role in introducing a new generation of green buildings to the region. A new generation of buildings will not only be constructed from a renewable resource but will also be much more energy efficient for heating and cooling. With the right vision and leadership, markets such as Singapore, Taiwan, Japan, South Korea and China can be developed over time.

Domestic projects can showcase possibilities, including the construction of wood-based earthquake safe buildings. Such a transition will require vision and leadership. It was a vision that resulted in the creation of New Zealand’s softwood plantation industry a century ago. In the aftermath of the Coronavirus pandemic, nations and corporations will re-think supply chain risk and opportunities to restructure their economies with a fresh focus on local manufacturing and value add. Is now the time for New Zealand to write the next chapter in its plantation forestry strategy?

Rudolf van Rensburg is a director at Margules Groome Consulting