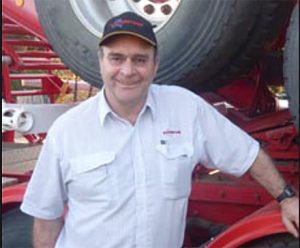 During my life I have seen many industries and businesses built up by people who have had vision, a passion for the future.  I think back to our Hobart waterfront and Henry Jones IXL and the massive orchard and fruit growing industries throughout Tasmania that supported that industry.

The Hydro Electric Commission, starting with small hydro electricity generation in Launceston, then had the great foresight to build larger scale hydro power systems using a reliable, renewable and clean resource that could be increased and decreased as demand dictated.

This was seen as a way for Tasmania to attract business, giving them a reliable and economical power supply.

These businesses would use large amounts of electric power adding to the economy, and in turn helping us all as Tasmanians.

The Burnie Pulp and Paper Mill used hardwood fibre that was grown on the North-West coast. As the mill progressed came the plantations, starting with pine which fed another paper mill at Wesley Vale. Eucalypt plantations followed, providing a renewable resource for the mill’s future.

Unfortunately, the Burnie mill used older technology and was not as clean as the community liked or deserved. In 1988, there was a proposal to build a new modern, and cleaner, mill at Wesley Vale to replace the ageing mill at Burnie.

The conservation movement in Tasmania, with its founding father Bob Brown, at first seemed to have good intentions. We needed to clean up how industry did things and protect our environment and its wild beauty.

I think we all agree on that.

However, this became unbalanced and extremist, with funding from the top end of town (many of whom had no investment in business in Tasmania, generated no jobs for Tasmanians and didn’t even live here).

It seems an obsession followed, and that obsession was to close down any business that generated jobs and was good for the economy of Tasmania and Tasmanians.

I was amused to come across footage of Bob Brown from the early ‘80s promoting coal-powered power generation as a way to stop hydro power in Tasmania.

When he was taken up on this in an interview some years later his response was — “I got that wrong”.

Hydro power had been stopped now Bob Brown and his Green movement moved on the pulp mill. Another industry and more jobs destroyed in Tasmania. Had this mill been built we would still be downstream value-adding to our renewable forest industry and plantations, but instead we chip it and send it overseas to be processed.

In 1970 we saw a group of saw millers in Southern Tasmania have the foresight to recognise that in order to keep their livelihood and the jobs of those they employed secure, the way they obtained saw logs had to change.

A market was found in Japan to utilise the waste product from logging instead of just leaving it on the ground to rot. Other waste wood fibre that was not being utilised, and in fact was hindering the regrowth of the forest, could also be sold. Saw logs were retrieved while cleaning up the waste. Seed was also collected to ensure regeneration of a renewable resource.

Regeneration burns were conducted and seeds resown and the forest regrown.

Tasmanian Pulp and Forest Holdings (TPFH) was born, along with the first wood chip export facility in Australia from Triabunna.

At first, the mill was created to utilise the sawmill residue. Proper roading accompanied it, well drained and maintained by the mill (these roads are still enjoyed by many … some being those who continue to try and destroy the forest industry). These roads allowed saw millers to get in to lower grade forests that before were unviable and therefore creating money and jobs from a by-product.

Triabunna had a deep-water port perfectly suited to the ships required to transport the product and was centrally located to the resource. This industry ran successfully for 40 years and became the longest running industrial business on the East Coast of Tasmania.

Highly profitable, it created a substantial amount of full-time employment … all from selling a waste product. Sadly, conservative extremism saw the demise of this renewable resource industry, along with the many jobs it created. Security for the many families and communities and small businesses it supported all destroyed. A win? I think not.

The forestry industry went on to continually improve.

New ways were learnt to manage and operate within the forests. Selective logging, restriction of operations around water sources, better landing practices, eliminating mud-running off landings, limiting operations in sensitive areas in wet conditions, identifying habitats and leaving these areas alone were just some of the changes.

Blocks were harvested in a patchwork format, thus cutting one block and leaving one block, so wildlife could move to the adjoining block (in fact this was so effective the wildlife would move back into the block that had been re-sewn and multiply in large numbers). Strong regrowth developed that was so prolific it would require thinning.

Sadly, this never eventuated, as the industry was closed down in 2011.

There are now some blocks being thinned and selectively logged, producing double the original cut and a resource growing for our future.

The forestry industry and Forestry Tasmania had started planting more eucalypt and planned to build a new pulp mill to downstream process the wood fibre. Conservation extremists, led by Bob Brown, again destroyed any hope of this renewable industry and denied Tasmanian workers and the Tasmanian economy any benefit. Instead, we harvest what would have been processed here with full-time employment for many, and chip it and send it overseas to be processed, and then buy it back. Madness.

We all know hindsight is a wonderful thing, but in this case the forest industry had the correct plan.

Instead, conservative extremists have caused Tasmania to limp pathetically behind where we should be.

We talk of more wind power, but the reality is we should also build more hydro power schemes, as they are the most reliable and renewable form of energy. Water can be reused for irrigation and other uses. We need to build Tasmania’s self-sufficiency and long-term independent future and provide secure and strong employment for all Tasmanians.

Progress should never be something we set out to stop, and balance is something that is essential. Let’s then get a more balanced approach to Tasmania’s future. Let’s work together for the good of Tasmania and all Tasmanians. There can be no place for extremism in any form in this, one of the luckiest places on earth.

Graeme Elphinstone is the founder of Elphinstone, which designs and manufactures weighing systems, log transport equipment and Antarctic equipment in Triabunna.

This was first published by The Mercury newspaper.