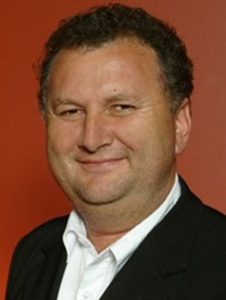 Shane Jones will be the Minister responsible for spending $1 billion a year on New Zealand’s regions. Source: Newshub

Mr Jones will also be in charge of the new Forestry Service, which will plant 100 million trees a year – with the goal of planting a billion over 10 years.

It puts Jones in charge of New Zealand First’s big win in its agreement with Labour, and money from it will be used to fund the forestry plan.

The goal is to take jobs to the regions with roles in planting and nurseries.

It is understood that about 50 million trees are already planted in New Zealand each year, meaning the new Government’s planting will double that. The plan will require 1000 stems per hectare, over 100,000 hectares.

There is an environmental element to the plan, as forests planted on Department of Conservation land will be native trees acting as permanent “carbon sinks” to counter climate change.

Trees will also be planted on Maori-owned land and there will be a big emphasis on getting Maori into jobs.

The new Government department’s headquarters will be based in Rotorua.

The regional development fund shows how Winston Peters has positioned New Zealand First as a “party of the regions” plan and it is a clear plan for the future of the party.

It effectively means New Zealand First has $1 billion to spend campaigning in the regions, and leave Winston Peters both legacy projects and a future for the party without him.

“Labour went to the election with a $200 million fund. NZ First came to us and made the case strongly for greater regional investment, particularly around infrastructure. So this fund will include, for instance, a number of regional rail projects,” she said.

“It will include an extensive planting regime for forestry. Our intention is to double the amount of planting that goes on in forestry right now.”

Ms Ardern said this will be paid for by using unallocated capital expenditure and will not be funded by any extra borrowing.