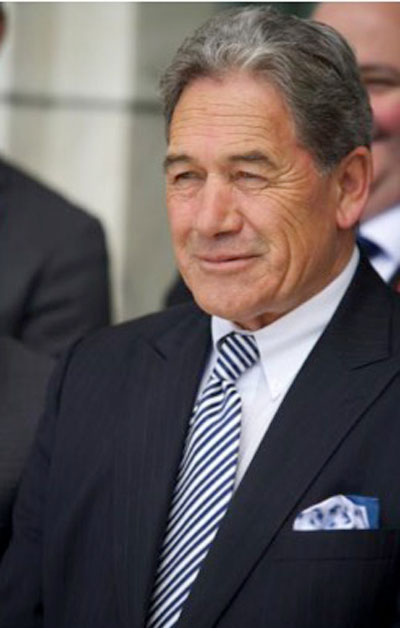 Up to 465 hectares of mānuka will also be planted, which would provide work experience for young people.

Ministers, including Deputy Prime Minister Winston Peters and Forestry Minister Shane Jones, and MP Willow-Jean Prime planted a pine tree to acknowledge the announcement on May 31, which marked the first joint venture in the Government’s plan to plant one billion trees.

Ngāti Hine Forestry Trust chair Pita Tipene said for the past 40 years others have made off with the lion’s share of the revenue from trees grown on the lands of Ngāti Hine, and neighbours Ngāti Rangi and Ngāti Kawa.

“That is a lot more of a positive result for our shareholders, who we as trustees represent.

“It means greater control of value, more jobs, more certainty and gives the ability to work other Māori forestry owners and greater certainty to someone who might want to build a mill.”

He said raw timber could be exported and returned to NZ as a product – something he doesn’t want to see happening in the long term.

Tīpene said the planting of manuka would enable a quicker return on investment with the project also having an environmental focus meaning pine would not be planted near waterways.

It was also announced by Forestry and Regional Economic Development Minister Te Uru Rākau and Bay of Islands hāpu Ngāti Rehia would work towards an agreement which would see the Crown establish a commercial forest on iwi land, after the two parties signed a Memorandum of Understanding.

Through the Provincial Growth Fund NZ$288,000 would also be invested to explore the establishment of a kauri sanctuary on around 45 hectares of Ngāti Rehia land.