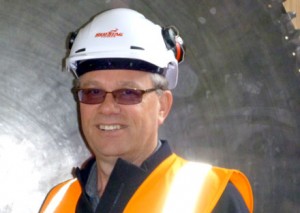 Chief executives from more than 50 companies representing more than 10,000 New Zealand employees have signed an open letter calling on the government to honour its commitment to implement its promised Wood Procurement policy for government buildings. Source: Timberbiz

The letter from the forestry and wood processing sector leaders calls on the government to use its procurement weight to lead New Zealand into a clean green construction future, pointing out that New Zealand can be carbon zero in building structures by 2030.

The Wood Procurement policy is openly supported by all three coalition parties, with Zealand First confirming it is within the coalition agreement addendum.

The Labour Party’s 2017 election manifesto stating that if elected the government would require that “all government-funded project proposals for new buildings up to four storeys high shall require a build-in-wood option at the initial concept / request-for-proposals stage. … Due to advances in engineering and wood processing technologies, we will increase the four-storey requirement to 10 stories.”

Spokesperson for the industry, Red Stag group’s CEO Marty Verry said the industry is now standing together to hold the government to account for fulfilling its election commitment.

According to the NZ Green Building Council’s Zero Carbon Roadmap, emissions for the construction sector have leapt 66% in a decade.

Emissions from the construction stage and particularly the choice of materials used are known as ‘embodied carbon’.

Mr Verry said 10% of New Zealand’s climate change emissions can be easily addressed by converting building structures from polluting steel and concrete to mass wood made from products such as glue laminated beams and cross laminated timber (CLT).

“This 10% is the low hanging fruit in terms of New Zealand addressing climate change,” he said. “We can eliminate it to zero within a decade. No need to wait for 2050.

“The products are available, engineers and architects are using them, dozens of such mid-rise buildings have been constructed already, and the sector is ready, having invested against the promise of the policy’s implementation.”

Implementation of the policy is also urgently needed to support the sector in the short and long term said Mr Verry.

“We’re seeing a spate of mill closures with more to come. Hundreds of jobs are being lost in the regions, many of which are a result of the delay in implementing this policy.

“Meanwhile foresters want a stronger domestic market, given fears that long-term China will increasingly be self-sufficient or over-supplied by the plethora of billion tree programmes and cheap climate change affected forests worldwide.”

“As the largest constructors in any country, and also the largest such polluters, governments have a unique and important leadership role in influencing green building adoption. The government’s implementation of its wood procurement policy is expected to have a ripple affect across the private sector that could lead to the elimination of embodied carbon emissions by 2030.

“In our sector, it is a core value to do what you commit to do”, adds Verry. “The coalition has made this promise, the planet needs it, the sector has invested on the back of it, and we expect the government to now do what it promised.”

“We’ll coordinate to act as a voter block at the next election if need be.”