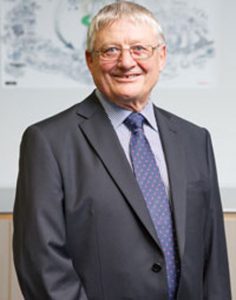 In separate statements, the Wood Council of New Zealand wants the new Government to introduce a wood-first policy for construction of government buildings, while The Forest Owners Association wants priority put on new forest plantings.

The Wood Council’s chairman Brian Stanley said there was already a drive from the top for more plantings, a greater thrust for forestry in regional development and a commitment to use trees for carbon sequestration.

“[However] the missing link though is the Government specifying wooden construction as the first choice for its new buildings,” he said in a recent statement.

The Wood Council represents forest owners, wood processors and manufacturers, farm forestry and industry contractors. Developments in wood engineering, including cross laminated timber, were enabling medium and high-rise buildings to be built with timber as their primary component; which was happening around the world.

While wood construction had benefits, including local sourcing, a renewable resource and quick construction, New Zealand’s architects were not familiar with how to use modern wood, he said.

“We need the Government to take a lead,” Mr Stanley said.

He said the Rotorua Lakes Council was so far the only local government body to adopt a woodfirst policy for construction.

“Getting back to more trees being planted than harvested is vital,” he said.

Key issues such as the diminishing log supply in Northland and road infrastructure stress in Poverty Bay and elsewhere had to be addressed by the Government and industry working together.

He said it was clear either Stuart Nash from Labour or Shane Jones from New Zealand First would make an informed and active Minister of Forests.

“Both understand the need for a clear sense of progress around the difficulties in our industry,” Mr Clark said.

“We’ve lost valuable years when there should have been more trees planted out to provide another income option for pastoral agriculture on marginal land and to increase wood supply for sawmillers,” he said.

Mr Clark said both Maori land owners and farmers would play key roles in meeting afforestation targets, and noted “it would be a good start” by getting some planting under way on Crown land.