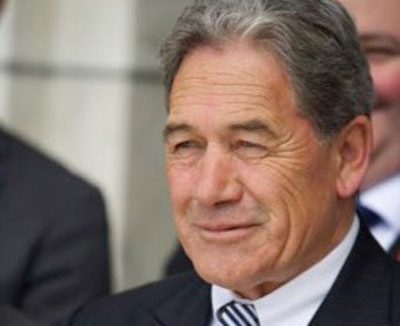 New Zealand’s third largest export earner, forestry, is heading for a major crash unless steps are made to restrain the excessive exporting of raw logs according to New Zealand First. Source: Timberbiz

“The growth of unprocessed log exports, mainly to China, has got out of control and it is destroying any chance of growth to the value added sector here in New Zealand,” New Zealand First Leader and Northland Member of Parliament Winston Peters said.

“Today we have no control, no laws, and no careful and astute management of one of our greatest resources.

“Instead we’re reaching a level where our forests are being plundered.

“We are now clear felling and harvesting too early. Forest owners, the foreign companies, in the carbon price slump, are more interested in quick profit.

“Eight of the top 10 forest companies in New Zealand are overseas controlled.

“Other private companies and iwi are also caught up in this short term profit frenzy.

“Log exports are needed for our economy, especially of our lower quality product, but not at the current excessive and unsustainable rates and to the detriment of processors and sawmills.

“At all of our major New Zealand ports you can see raw logs stacked high waiting to be exported – every day of the year ships are calling and taking our logs to overseas markets at a rate that is utter madness.

“When those ships leave – they take billions of dollars of added value and thousands of jobs that should be kept here in New Zealand,” Mr Peters said.