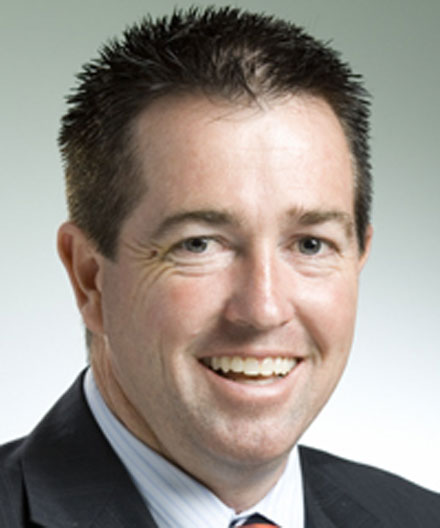 Member for Wagga Daryl Maguire said having the Minister in Tumut meant he could see the impact of forestry here first-hand.

“It enables a lot of people from other regions to see the dynamics of Tumut, Tumbarumba, and Batlow, and see what it is that we do,” he said. “It’s a sharing of ideas, and to have the minister here is a bonus because he ultimately gets to make the decisions.

“This is the centre of the timber industry, and it’s got a bright future if all the ministers and participants work cooperatively – and that’s what’s happening. That’s exactly what you’re seeing today: industry chiefs all sharing ideas and working for the future of the industry.”

The NSW Forest Industries Taskforce was created in 2012 and meets four times a year. It is currently chaired by Parliamentary Secretary for Natural Resources Rick Colless, and consists of 15 other members: Nick Roberts of the Forestry Corporation of NSW; Andrew Hurford of Timber NSW; Ross Hampton, Stephen Dadd and Peter Mitchell of the Australian Forest Products Association; Stacey Gardiner and Chris Mangan of the Australian Forest Contractors Association; Nick Cameron of the Institute of Foresters of Australia; Kenneth Epp of Visy; Helen Murray of Timber Communities Australia; Francis Clarke of Australian Forest Growers; Belinda Lengenberg of the NSW Softwoods Industry; Bronwyn Petrie of NSW Farmers; and John Halkett of Forestland Consulting.

Daryl Maguire lobbied for this quarter’s meeting to be held in Tumut, and Softwoods Working Group Chairman Peter Crowe thanked Mr Maguire for his work.

“I want to recognise the work that Daryl’s done behind the scenes,” he said. “He’s been extremely influential in having all these things take place, and getting the Minister here and the Taskforce and all the rest of it. He’s done what all good ministers do: he’s worked like hell for his electorate.”

Paul Toole is new to the Forestry Ministry, previously occupying the position of Minister for Local Government. However, he said he finds the job “fantastic,” and would be focusing on replanting harvested areas in the state.

“The industry is going to be around for a long time, and Forestry Corporation is committed to ensuring that land is going to be used for replanting into the future as well – rather than just locking the gates up after its been harvested and seeing no replanting taking place,” he said.