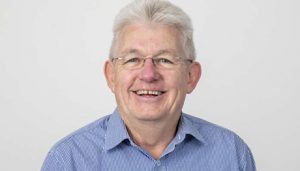 The Tasmanian forest products industry has formed a new peak body, the Tasmanian Forest Products Association to represent its interests and concerns to the community and with local, State and Federal governments. Source: Timberbiz

The TFPA’s membership includes all the major growers and processors who are part of Tasmania’s sustainable forest products industry, in native forestry and plantation, softwood and hardwood.

The TFPA will be led by an inaugural chair, Bryan Hayes.

“The formation of the organisation heralds a new era of cooperation between all parts of the industry,” Mr Hayes said.

“It will be a united, cohesive organisation closely aligned with the Australian Forest Products Association with the primary purpose of representing Tasmania’s forest industries when it is working on policy and related matters with governments at all levels, in the media and in communities where forestry is often a major economic driver.”

The TFPA has now started a search for the right person to head the new body as its first Chief Executive Officer, with the responsibility of working with the board to set and guide its priorities as it takes over the role which the Forest Industries Association of Tasmania (FIAT) has performed since 1983, leading the industry through some challenging times.

Mr Hayes paid tribute to FIAT saying: “the steadfast role they have played in advocating for the industry is to be applauded. But it is time to reinvent how we represent ourselves to reflect the change and diversity that now exists in the modern Tasmanian forest industry”.

Mr Hayes noted that the creation of TFPA comes at a difficult time.

“All industries are at a critical economic juncture having weathered CoVid-19,” Mr Hayes said.

“However, we are well placed to continue to supply markets with the essential products Tasmania’s forest industry provides and work with the Government to lead the State out of the economic difficulties we will face in the wake of the pandemic,” Mr Hayes said.