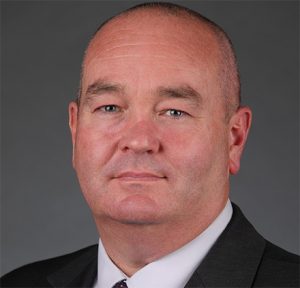 The Shooters, Fishers and Farmers Party has come out in support for Victoria’s native forest industry. The party’s representative in the Legislative Council Jeff Bourman said that in light of the destruction caused by the effective shutdown of the economy responding to the current pandemic, it’s illogical and irresponsible to continue with killing off the native timber industry. Source: Timberbiz

“We need all the jobs we can get and given timber is a renewable resource, it makes complete sense to not only give the industry a future, but to expand it and remove some of the unworkable restrictions,” he said.

AFPA acting CEO Victor Violante thanked Mr Bourman for his support and called on the Victorian Parliament to back the Opposition’s motion for a parliamentary inquiry into Andrews Government’s plan to end the state’s native forestry.

“Mr Bourman makes the valid point that the COVID-19 pandemic crisis should prompt Daniel Andrews to reverse his decision to shut down a sustainable industry that employs thousands of Victorians in the regions,” Mr Violante said.

In March, the Coalition Opposition introduced a motion to State Parliament to establish an inquiry into the Government’s plan to end native forest harvesting by 2030.  Mr Violante urged the Parliament to back the inquiry to expose the holes in the Andrews Government’s flawed plan.

“It’s clear Mr Bourman has taken the time to understand that the uncertainty this decision has created is already costing jobs and investment in the hardwood timber industry in Victoria, and he rightly questions where the future resource will come from,” Mr Violante said.

“We thank Mr Bourman for his support in opposing the Andrews Government’s decision and for speaking up for the thousands of blue-collar workers and their families that our industry supports.”

Mr Violante said while AFPA commends the role Premier Andrews has played as part of the National Cabinet fighting the CoVid-19 pandemic, his decision to shut down the hardwood timber industry means the industry will be brought to its knees, and with it the regional communities it supports.

“With unemployment in Australia expected to remain high for many months, every job is vital, especially in many regional communities where the timber industry is the biggest employer.  Now is not the time for governments to recklessly close down industries and destroy jobs,” Mr Violante concluded.